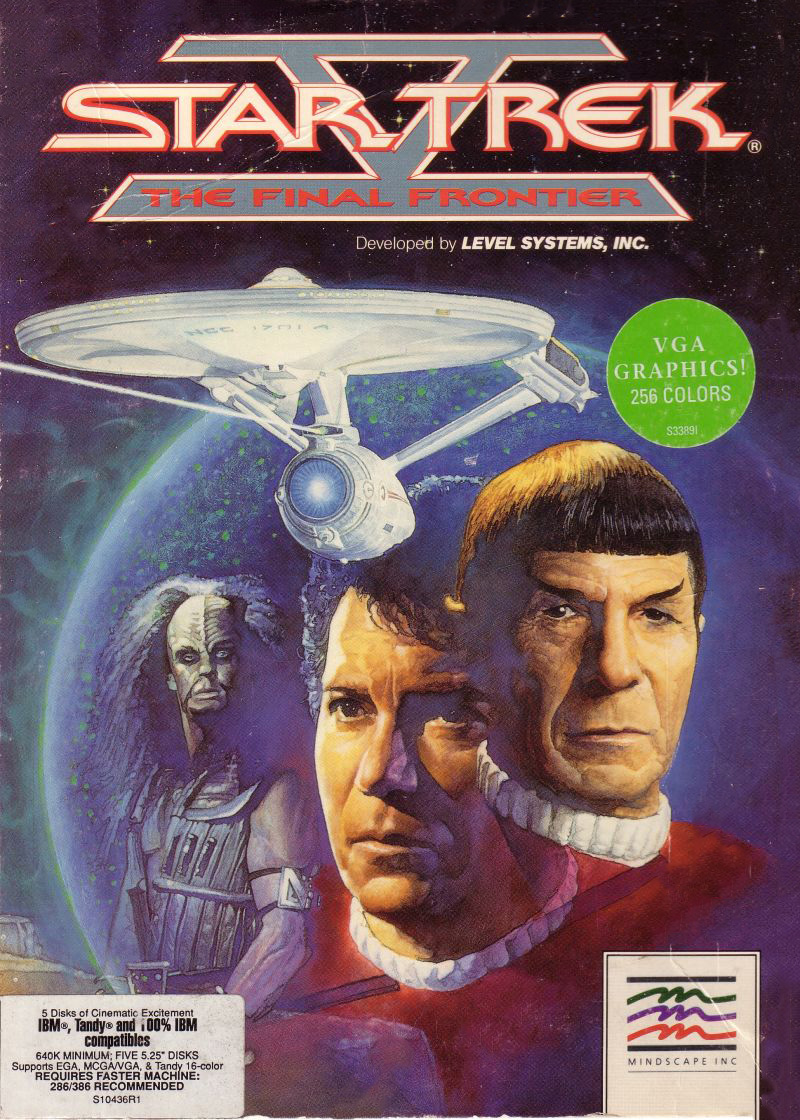 By RomStation : January 3, 2020
Captain's Log: Stardate 8474.1 We have just received an urgent transmission from the commander of Starfleet detailing the situation on Nimbus III. Once again I find myself with a skeleton crew and a barely functioning ship headed into the Neutral Zone. I have assigned Mr. Scott to pull off a minor miracle and get us underway in the next four hours. Commander Uhura has been picking up distant, coded Klingon tranmissions. I am certain the Klingon High Command has dispatched a vessel to Nimbus III. It is my plan to beat them to the destination. I am under direct orders to avoid any confrontation with the Klingons. Current negotiations for a peace settlement, while well underway, are still quite fragile. This may not be as easy as I thought. May fortune favor the foolish.Kirk out. Like many movie-based games of its period, Star Trek V: The Final Frontier consists of various arcade games combined together to form a sort of action/adventure game. This is easily seen in the screenshots on the back of the box, and as they say - a picture is worth a thousand words. Take control of the U.S.S. Enterprise and go save the galaxy one more time!