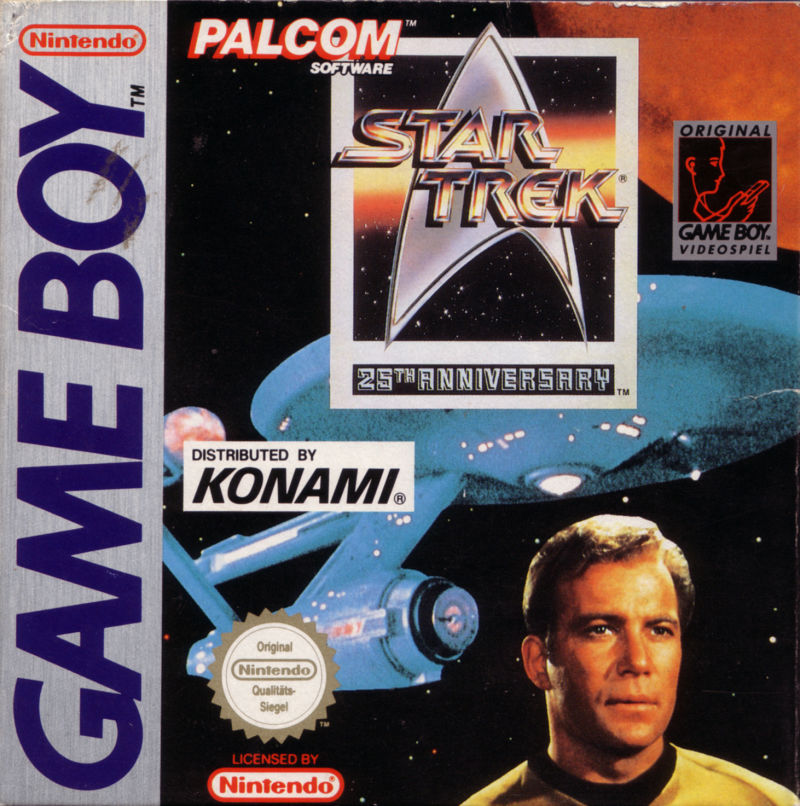 This 1991 release was intended to coincide with the 25th anniversary of the 60's television series. The plot of this Trek is based around a giant "Doomsday Machine" that is destroying ships, planets, and other valuable stuff in federation space. The Federation has constructed a weapon to defeat the doomsday machine, but the Klingons think that it will be used against them. So, they steal the weapon and break it up into 12 pieces spread out over 3 planets.

It is up to the crew of the Enterprise to travel to the 3 planets, recover all 12 pieces of the weapon, and finally stop the Doomsday Machine. There are two modes of game play. First, there is a side-scrolling shoot-em-up in which you pilot the Enterprise through asteroid fields and enemy fleets. Second, there is a overhead-view game in which you maneuver Captain Kirk around the planet to gather up the pieces of the weapon.