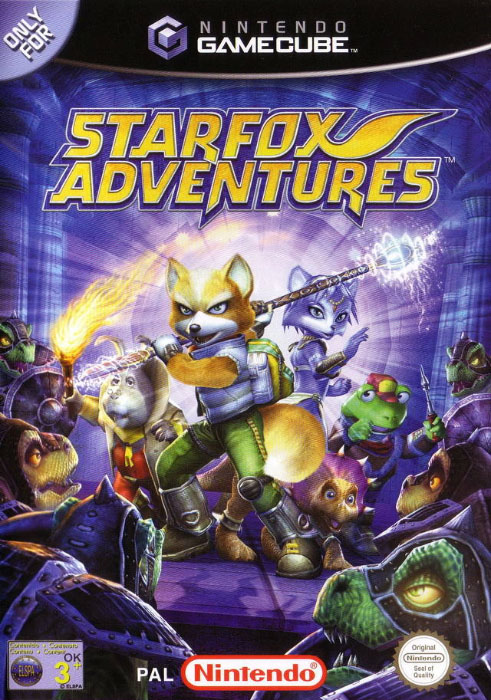 Fox McCloud returns and is given a different mission than he is normally used to. At the far edge of the Lylat system, an evil army, led by General Scales, is destroying the world of Dinosaur Planet, rendering all its inhabitants helpless. It is now up to Fox McCloud and his team to save the planet and destroy the evil army.

Star Fox Adventures breaks away from the previous games in the series, being an action game with light puzzle-solving elements, similar to Legend of Zelda: Ocarina of Time. You control Fox McCloud as he adventures through Dinosaur Planet, but at the beginning, you control the female fox Krystal, whom McCloud must later rescue. There are missions where you use your trusty Arwing craft, but the majority of the game takes place on foot.

Helping you throughout your adventure are your trusty sidekicks; Peppy, Slippy, and ROB the Robot, who guide and give you mission briefings. To aid Fox throughout the game, a variety of weapons and magical items are available from blasters to grenades to magic staffs. You may also purchase items with "scarabs", the game's currency. Throughout the game you may partake in various mini-games, which are found at different stores.