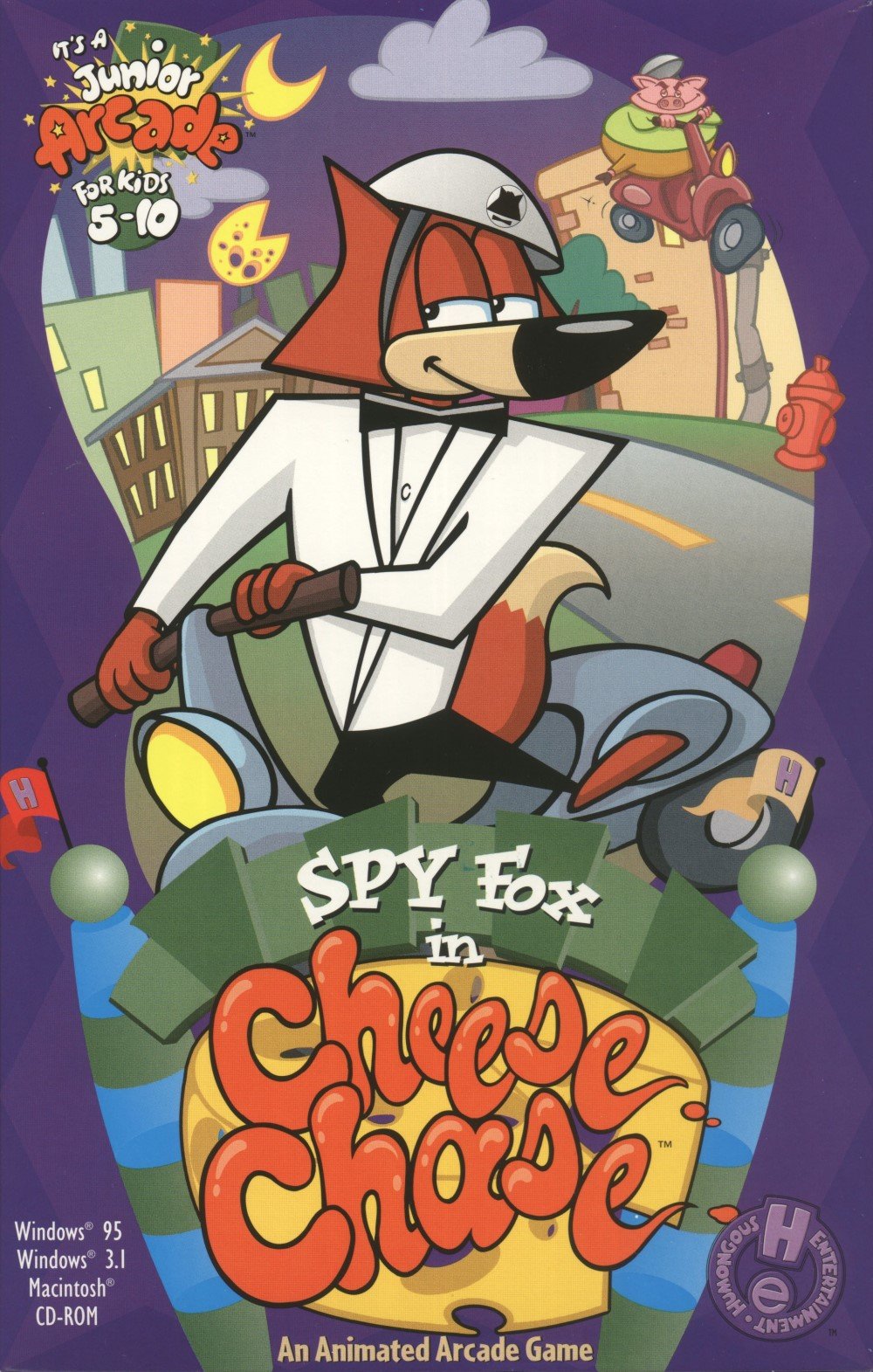 By RomStation : January 27
Something sure smells funnyà the Limburger Cheese has been kidnapped! Spy Corps operatives have evidence that spy Russian Blue has stolen the prized cheese. There's only one agent suave enough to take on a case like this û agent SPY Fox.In this Junior Arcade game, SPY Fox races after Blue and must deal with her henchmen and their weapons while he continues the chase through streets and snow, through air and water. You control the intrepid Fox's movement in this vertical side-scroller as he chases his quarry on SPY scooters, jet-skis, and ultralights. When the going gets rough, a variety of Spy Gadgets will appear on the path in crates....but so will nasty surprises that Fox will want to dodge around. As with all Humongous titles, no one dies - a pie in the face or the "banana shooter" is about as violet as the action gets. Just be sure to watch out for potholes and streetlight poles!Aside from the 100 levels that come with the game, there's a built-in Kid Editor too so you can make your own crazy levels.
Koalaronfl and Travgard reacted to this