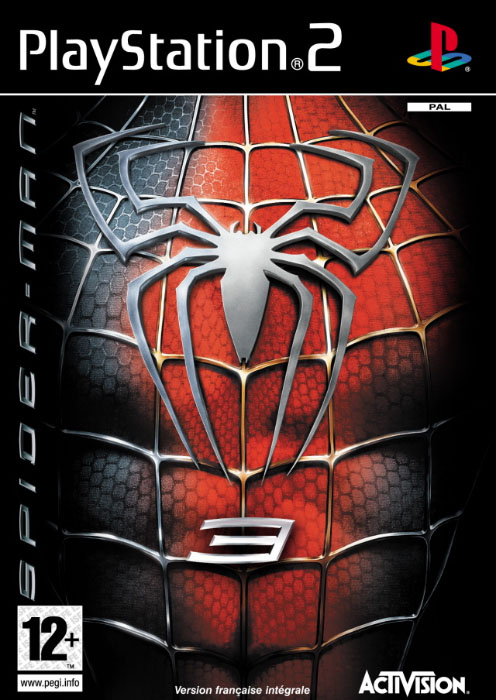 Based off the 2007 movie of the same name, Spider-Man 3 puts players in charge of the titular hero as he tries to once again New York City safe from the combined menace of the New Goblin, the Sandman, and Venom.

The game style is similar to Spider-Man 2 in which the player is free to explore a large scale version of New York City in a "Sandbox" style, this time in a larger city that allows for exploration of the subway and sewer systems. The game also allows for players to adventure in storylines not explored in the third film, such as facing familiar Spider-Man villains like Kraven, the Lizard, Scorpion, Rhino and the Kingpin, or breaking up various gang factions.

This version also has the inclusion of Morbius and Shriek as bosses to fight against. The black costume is an interchangeable accessory after a certain point in the game, but can threaten to overwhelm Peter if worn too long.

The Wii version allows for full web-swinging control via the Wiimote and Nunchuk. The control set-up acts as Spider-Man's "hands", allowing players to swing by performing the appropriate gestures.