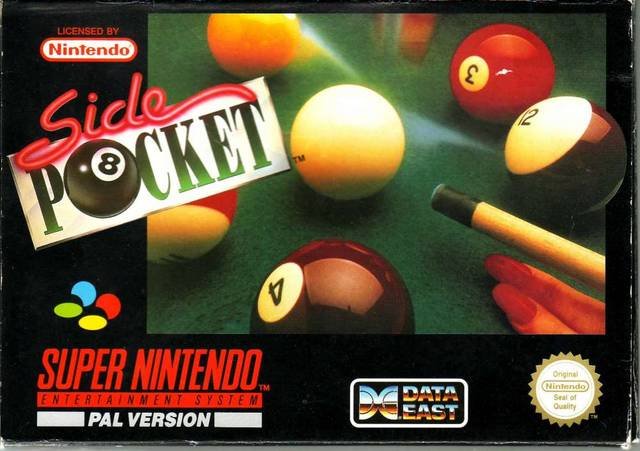 By Tanuki78 : October 18, 2021
The primary play mode, called "Pocket Game", requires that the player sink all balls on the table within a set number of lives, as well as achieve a predetermined score to advance through four or five stages of play. The player earns points by sinking balls, sinking balls on consecutive shots, and sinking balls in numerical order. On occasion, a pocket will light up, and if the player sinks a ball into that pocket in the same shot, a bonus will be awarded in the form of points, extra lives or a bonus round. One life is lost if the player scratches or fails to sink a ball in two consecutive shots.

The Genesis and SNES versions features a photo-realistic representation of the player character. The character is depicted as a man wearing a waistcoat and bowtie, possibly referencing the outfit commonly worn on English cue sports tournaments. In two-player mode, another character model is used; depicted as a mustachioed elderly man wearing the same outfit.