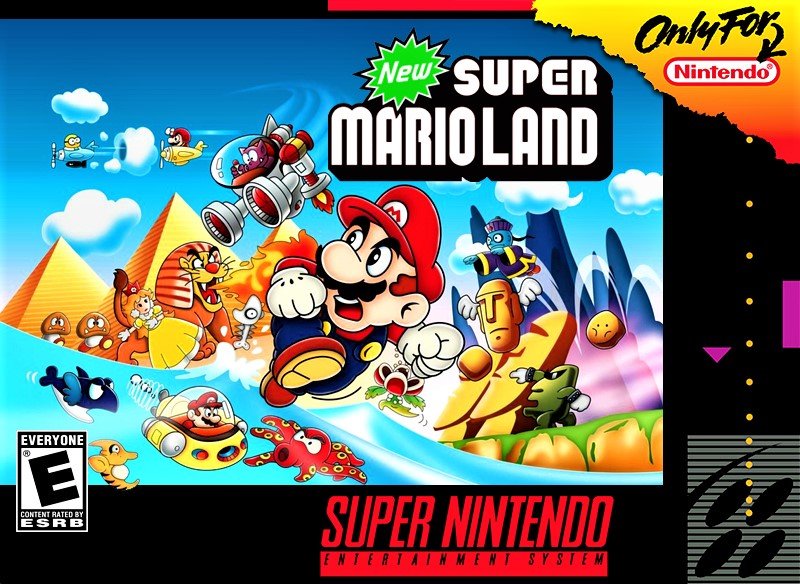 We can easily imagine the many legal reasons that pushed him to remain anonymous, still it is that we would like to directly thank the developer who has just brought the Super Mario Land from 1989 to Super Nintendo.
In the purest graphic style of the New Super Mario Bros. from which he borrows in passing the four player mode, this Monsieur X wanted to mark the thirty years of the classic Game Boy by achieving this feat and sharing it with his friends who were eager. to broadcast the of this game.
The level design and the number of levels are identical to the original version on Game Boy with the difference that the game passes in Super Nintendo version therefore a total graphic overhaul.
Note that the multiplayer mode of this New Super Mario Land is not the only change to the gameplay of the original game. Indeed, the timer and the point counter have been deleted. In addition, Mario now has the ability to perform wall jumps and go back through levels.

New Super Mario Land is not a hack, let alone a modification of an existing game. No data from the original Super Mario Land has been used and the game has been developed like in the old days from scratch.
So the little genius used Blender for 3D modeling and animation.
Gimp for graphic editing.
Tileable for level editing.
And Milky Tracker for the music composition, as well as a map editor for Super Mario Land called Land Forger that keeps the level design and enemy placement true.

You should know that this version was developed solo, this remake impresses despite its defects by its technical qualities in addition to the stunning graphic style, the original music has been reworked New Super Mario Bros.
The 3D, water ripples, transparencies all work very well with an emulator or a flash cartridge on a real Super Nintendo.

In short, this New Super Mario Land is a real success, the game is simply incredible and the Super Nintendo has not ceased to amaze us!

More information about this homebrew :