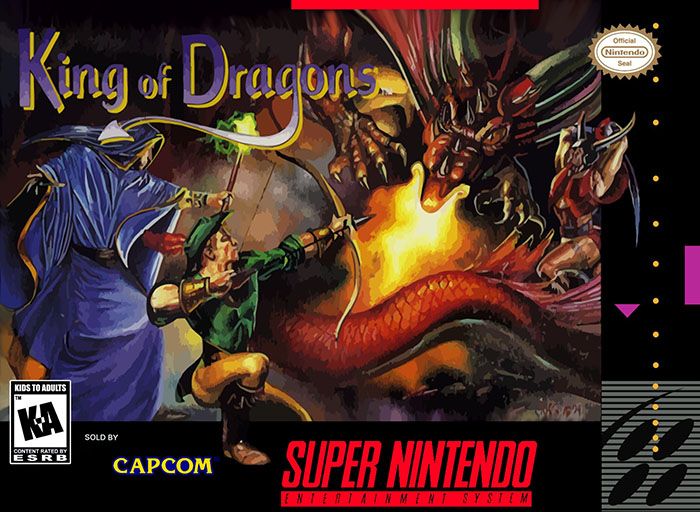 By tony190690 : October 22, 2013
Darkness has fallen over the kingdom of Malus. Gildiss rises from his slumber and is looking to take his place as the KING OF DRAGONS. As the armies of Malus lie in defeat, you are part of a new band of adventurers that have come to challenge Gildiss. Choose to be one of five different classes including fighter, dwarf, elf, and wizard, and then battle your way through 16 levels of medieval action. If a friend wants to join the action, he can in the two-player simultaneous option. Defeat, and you will save the kingdom in... KING OF DRAGONS.

The King of Dragons - Gameplay - snes