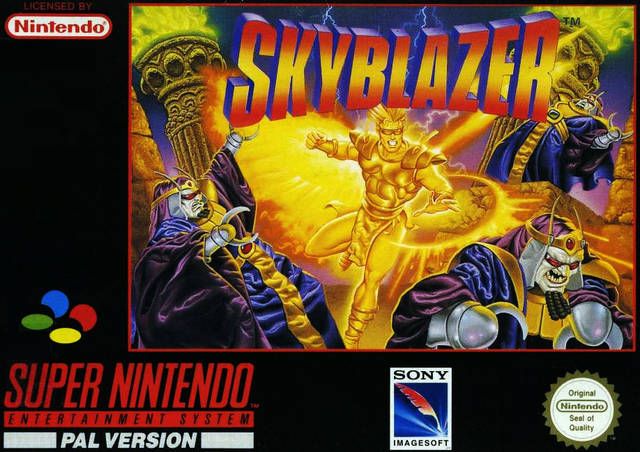 Ashura, Lord of War, has conquered the Realm and only SkyBlazer has the power to save the world from eternal evil. As SkyBlazer, son of the great sorcerer Sky Lord, you have the incredible ability to transform yourself into many different super beings and summon the powers of nature at will. Experience revolutionary action with perilous journeys over many strange and other-worldly lands, where water spouts stand like towers, sands shift like oceans, and enemies leap down from trees and rise from molten lava. The awesome collection of diabolical bosses can only be defeated by tapping SkyBlazer's amazing strength and resources, like the comet flash and the Fiery Phoenix. You'll battle on land, soar high up into the clouds, swim through underwater caverns, explore bizarre ruins, and climb sheer cliffs, as you travel from the Gateway of Eternal Storms to the Tower of the Tarolisk. Then face the ultimate challenge of defeating Ashura.
Dubius reacted to this