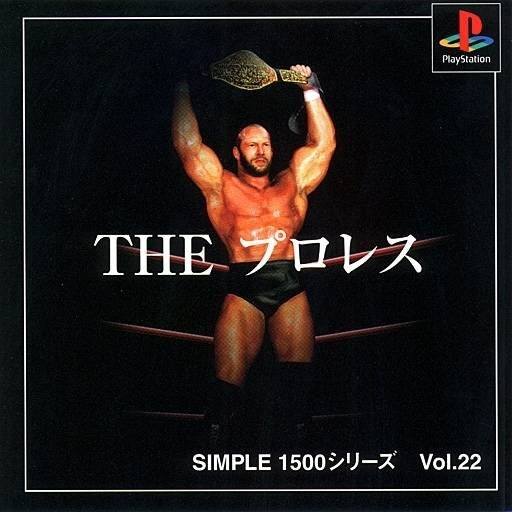 By Tanuki78 : Monday at 09:06 PM
Simple 1500 Series Vol.022 - The Pro Wrestling is a wrestling game that features 20 different characters and different game modes, even a 2 player vs mode.

Wrestling is a martial art that uses grappling type techniques such as clinch fighting, throws and takedowns, joint locks, pins and other grappling holds. A wrestling bout is a physical competition, between two (occasionally more) competitors or sparring partners, who attempt to gain and maintain a superior position. There are a wide range of styles with varying rules with both traditional historic and modern styles. Wrestling techniques have been incorporated into other martial arts as well as military hand-to-hand combat systems.

New Japan Pro-Wrestling is a major professional wrestling promotion in Japan, founded by Antonio Inoki in June 1972 and owned by Yuke's since 2005, when Inoki sold the promotion. Naoki Sugabayashi is the current President of the promotion and has held that position from 2007.