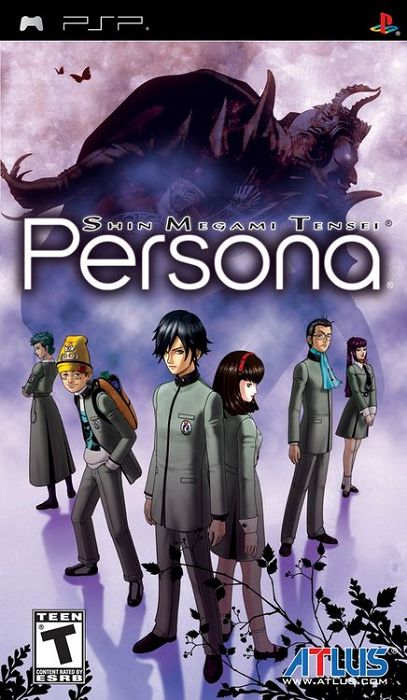 The rumor going around St. Hermelin High School holds that if you play the "Persona" game, you can see what the future holds for you. When a group of students-some eager, some skeptical-tries the game out, they experience something quite different. Before long, the city is turned upside-down and demons are roaming the streets, and only the students' newfound power of Persona can set things right again. Whether you pursue Takahisa Kandori and his abuses of the power he wields as SEBEC's president, or whether you delve into the curse of the Snow Queen that has plagued St. Hermelin for decades, a deep, modern, psychological tale awaits. Remember your true self, and free the tortured psyches of others...

More than the same old JRPG - Dark, philosophical, and complex, Persona sets you up in a modern day Japan that has gone into chaos. Demons run free, and you and your team must navigate corruption, mental frailty, and an alternate version of your world to bring your reality back into order. A second chance on PSP - Offering a second opportunity to experience the beginnings of the acclaimed Persona series, this remake boasts a fully relocalized script, revamped user interface, faster battles, expanded soundtrack, and new in-game movies with voice work added just for the North American release. Unique tactical opportunities - The inner selves known Personas are your key to progressing through the adventure, adding skills and incredible depth to your battle tactics. Expand and improve your collection through the Demon Negotiation system that offers spell cards that you can later fuse into new Personas.