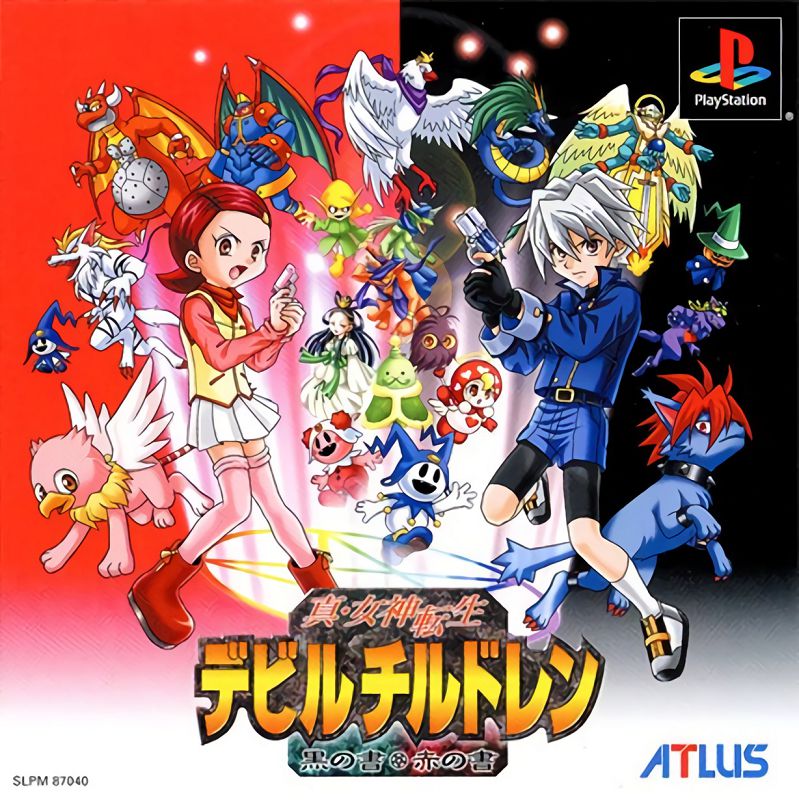 Shin Megami Tensei: Devil Children is a Role-Playing game, developed by Multimedia Intelligence Transfer and published by Atlus, which was released in Japan in 2002.

This is a compilation that contains the remakes of two GameBoy Color Devil Children game editions, the Black Book and the Red Book. Both games bring the dark Megami Tensei (Megaten) universe to the cute world of Pokemon-like monster collecting. You play fifth-graders who study at the Harajuku Elementary School. The city has been invaded by demons, and two children decide to fight them - and perhaps to tame them. 270 demons are available in this compilation - 250 from the original GBC games and 20 added especially for this release. There are also graphical changes and some movies thrown into the game.