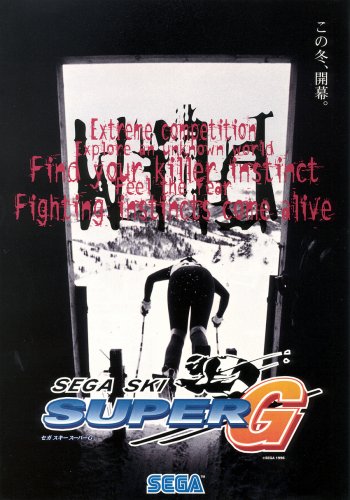 Sega Ski Super G is an arcade ski racing game released for Sega Model 2 hardware. It was followed by the similar Ski Champ in 1998. Players steer their racer by standing on "skis" which can both pivot left/right in a horizontal plane, as well as tilt to simulate edging. Metal "ski poles" are held on to for balance.

During development, and at the Amusement Machine Show 1996 the game was known as Sega CG Ski.