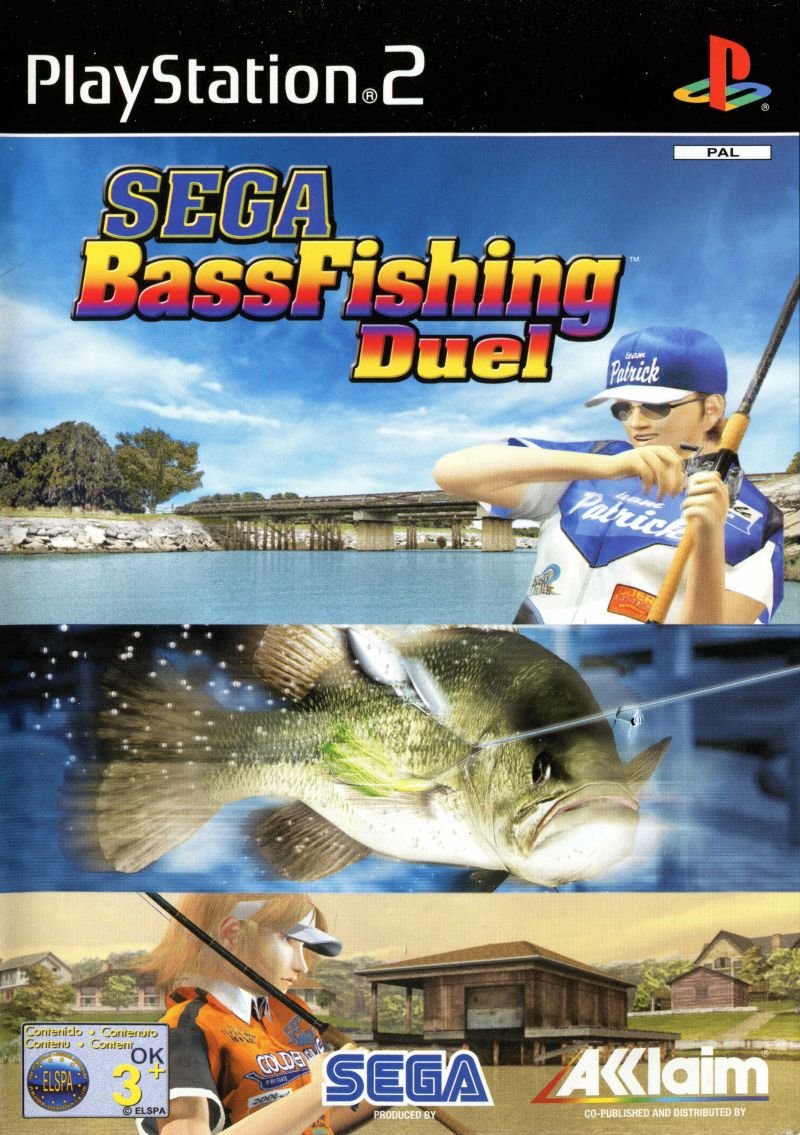 Making its PlayStation debut, SEGA's third title in their arcade fishing series Sega Bass Fishing Duel saw fulfillment of a promise it had not been able to keep with the previous games: now players can go head-to-head against one another with the split-screen versus mode. Exclusive to PlayStation 2 and released a year after Bass Fishing 2 on Dreamcast, Duel is essentially an expanded port of the Dreamcast sequel. There are three modes including Tournament, Practice and the new VS mode. A wide variety of environments, tackle and fish are included - some unique to this title.