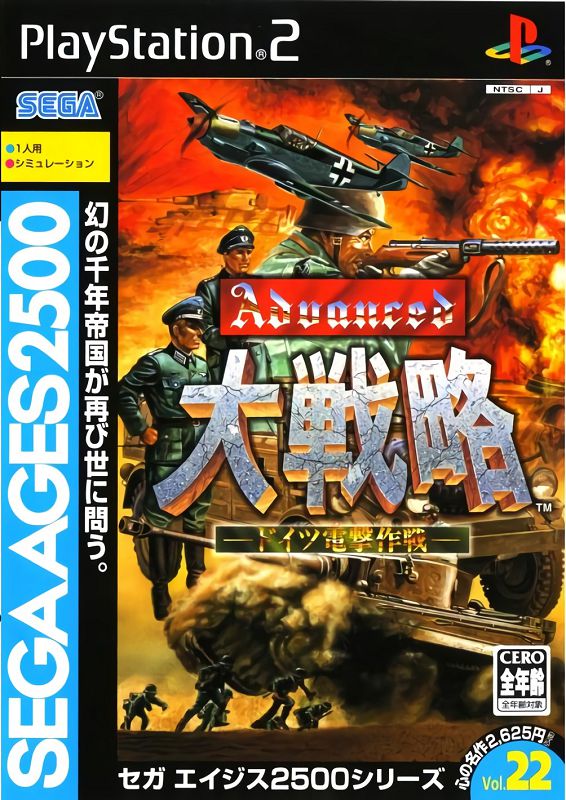 Sega Ages 2500 Series Vol. 22: Advanced Daisenryaku: Deutsch Dengeki Sakusen is a remake of Advanced Daisenryaku: Doitsu Dengeki Sakusen. "The German Blitzkrieg" allows the player to take command of the entire German army through the course of WW2 and affect its outcome. Gameplay is turn-based over a classic hex board and the game features a dynamic campaign mode as well as a standard mode which allows you to freely select and play any of the 40 maps available with full control over units and victory conditions.

New to this release is a polygonal board with 3D units as well as a revamped interface. However, players can also find the original German Blitzkrieg in emulated form. The game allows for up to 7-player multiplayer matches in "hotseat" fashion.

Despite a graphical and audio update, little has changed in this release, and none of the upgrades in game's many sequels were put into this version.