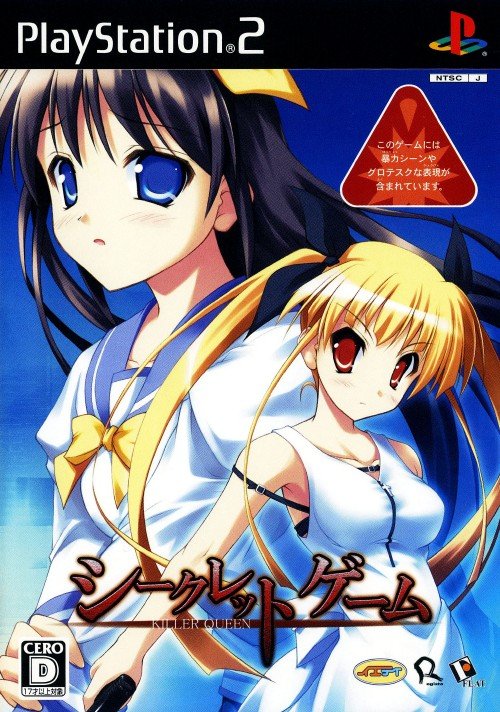 By Nanoman : May 9
Thirteen average citizens have been kidnapped and holed up in a room within a building. No one remembers how they got there but everyone has been given a compact personal digital assistant. On that PDA is an assignment and a single card (2-10, Jack, Queen, King, or Ace). For example, the person who holds the Queen PDA has to survive for 2 days and 23 hours while the holder of the King PDA must obtain 5 other PDAs.

To add a wrinkle to their collective dilemma, everyone in the room has also been latched with an electronic necklace which encircles their necks. Each person must complete their assigned objective within 3 days or the electronic device will effectively decapitate the wearer.

By using interactive conversation and choices, the protagonist Sakumi Himehagi navigates through the four scenarios in the adventure. Since some of the characters in the game have been given objectives that require sabotage and murder, the interaction with those characters may not be straightforward or safe. Killer Queen also features the "Bet System" where players may wager on which character survives the Secret Game.