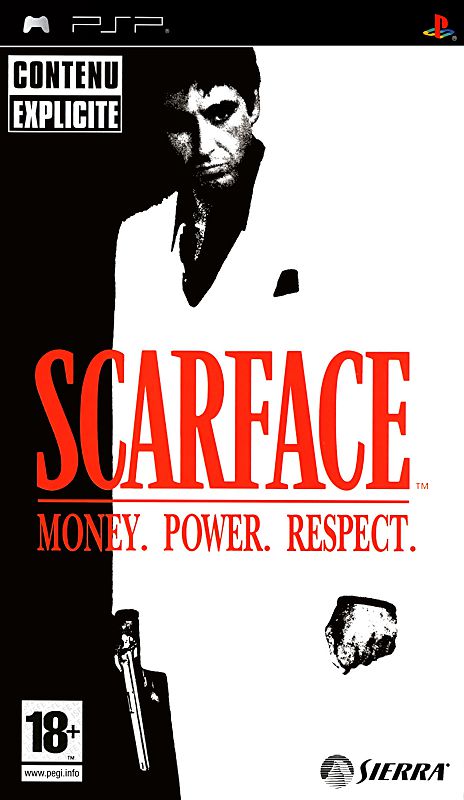 Featuring both single- and multi-player modes, Scarface: Money. Power. Respect. will challenge players to make critical strategic decisions to rise from humble beginnings to directing an army of henchmen and hired gunmen through detailed scenarios of conquest and domination.

- In the story-based single-player mode, gamers will complete a series of missions based on scenes from the original movie to conquer “turfs” in Miami. Players will need to direct large-scale citywide strategic commands to complete their conquest as well as direct street-level real-time combat. The game will challenge gamers to handle larger territory, additional adversaries and new profit-making opportunities through increased drug trafficking.
- The wireless multi-player mode pits up-to-four gamers playing as criminal cartels in a race to make money and conquer turf. The multi-player battle begins with a “Land Grab,” where each cartel lays claim to their share of Miami. Through turn-based strategy showdowns and real-time combat, each player will manage the production and distribution of drugs while building up enough cartel strength to overpower adversaries, take their turf and eventually, rule the Miami drug scene.