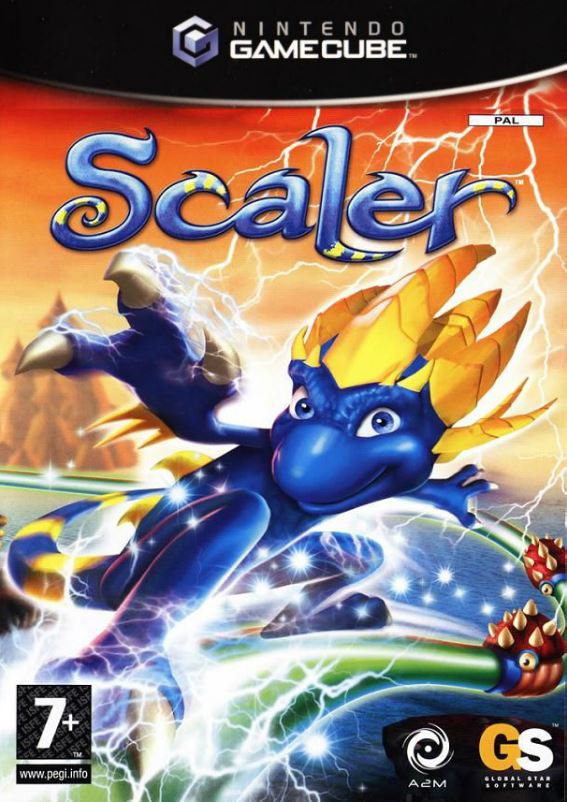 Bobby Jenkins lives next door to Leon a scientist on the verge of discovering a device that can stabilize and control portals that connect the planets within the multiple universes. Leon is transported to weird dimension during his experiments where the evil Looger and his cohorts steal the portal travel technology and uses it to break into our world to perfect the technology. Once here, they are discovered by Bobby who is captured and questioned about Leon’s work. Bobby manages to escape and is teleported to their world where the story takes place.

Scaler is an action platform game in which the player controls Bobby Jenkins, who turns into a lizard in the “bizarre dimension” and tries to stop the evil Looger and his cronies. Scaler has many abilities, such as climbing walls to reach new areas and riding vines to charge up his electric bomb attack. He can use camouflage to sneak by deadly traps and confuse your enemies. Scaler attacks with his tongue or claws, which can be upgraded during the game. The Electric Bomb attacks several enemies at once. Scaler can also transform into some of the enemies he defeats after defeating enough of them and use the special abilities of that creature.