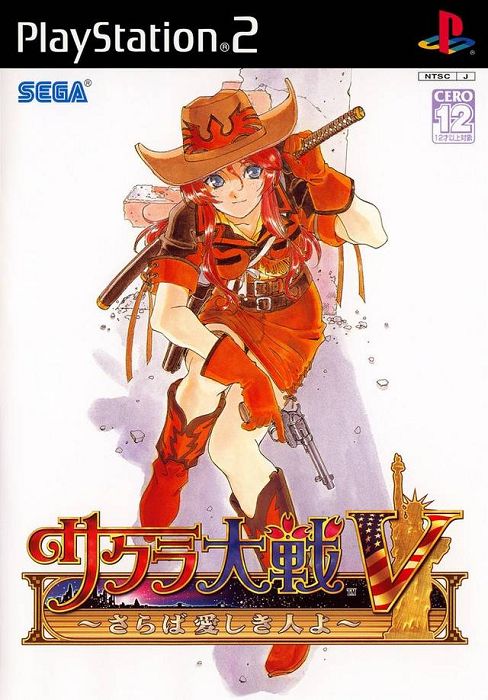 This installment of Sakura Taisen series takes place in the New York of 1928. For the first time in the series, you don't play as the brave young Ichirou Oogami, but as his nephew, Shinjiro Taiga. The young man is sent from Japan to serve in New York under the command of Ratchet Altair, the leader of the local Kagekidan (New York Combat Revue, Star Division), a group of young ladies who can pilot giant mechs and fight supernatural evil. A resurrection of a medieval Japanese warlord is about to take place in New York, and it's up to our heroes to stop the evil.

Sakura Wars: So Long, My Love utilizes the same gameplay system as in the previous installments of the series. The gameplay is divided into adventure and battle modes. During the adventure mode, you walk around downtown New York, talking to characters. During most conversations and situations, you'll have to quickly choose one of the several available answers or actions. Those determine the level of affection your lovely female comrades feel for you. Depending on your choices, you'll reach one of the six different endings, being together with one of the six girls. The strategic battles take place on a 3D battle field, on which you navigate your battle mechs. You have a special bar that allows you to perform a limited amount of actions. You can attack, defend, or perform special attacks, unique for each party member.

Vlad10 reacted to this