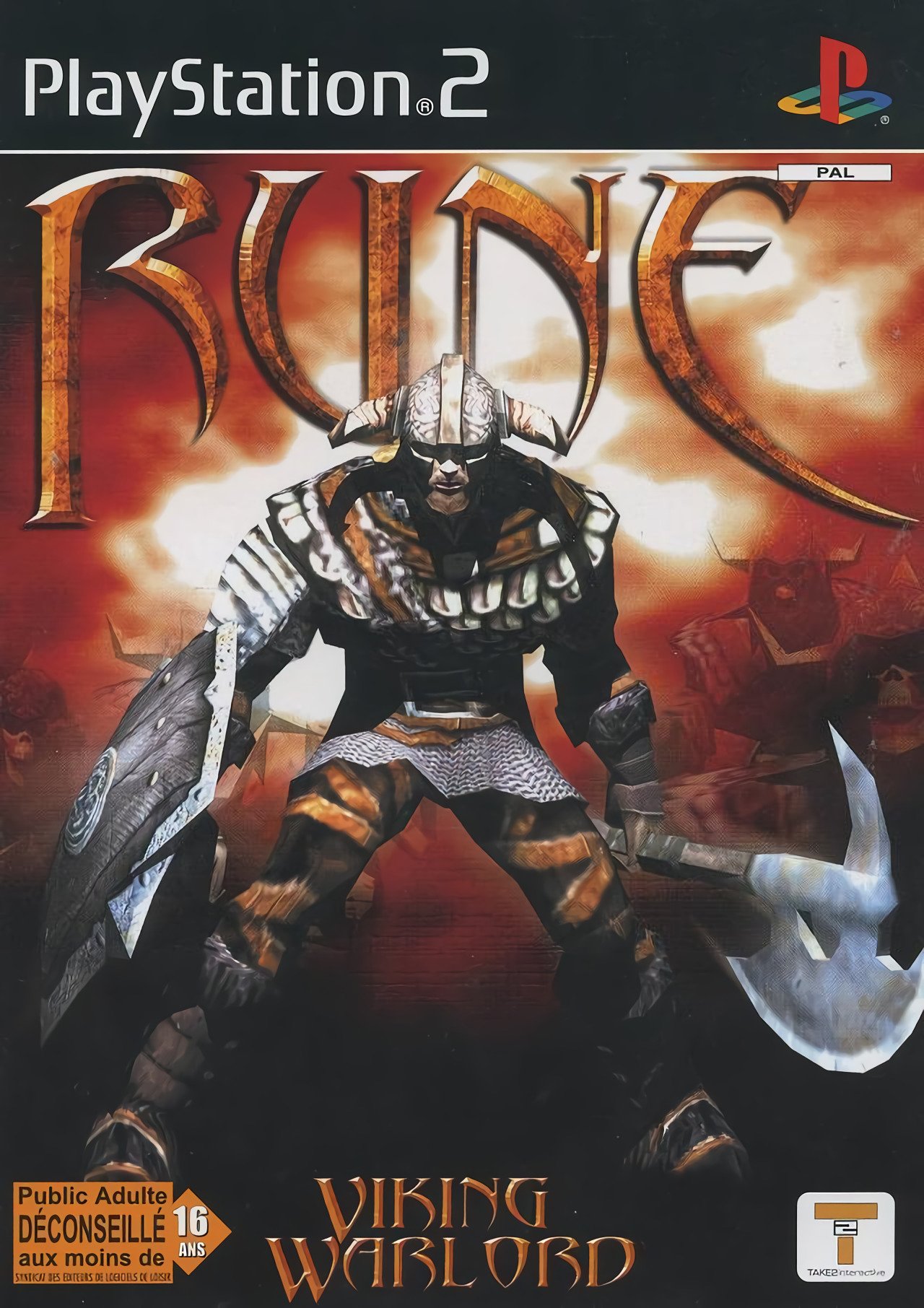 By Tanuki78 : December 29, 2020
As the conflict between the gods Odin and Loki deepens, the latter prepares to unleash the Ragnarok - a full-scale attack on the world that would eventually end it. A warrior named Ragnar is initiated into the Odinsblade, an order of warriors whose task is to protect the runestones, magical artifacts that have the power to bind Loki. Ragnar must also defend a neighboring village from the attack by a viking called Conrack, and eventually decide what fate this world should await.

Rune is a 3D action game. The player navigates Ragnar through hostile areas, killing predominantly supernatural creatures with melee weapons. Ragnar can use swords, axes, maces and hammers. Each weapon has a special "Rune Power" that can be activated for a short time by gathering energy from runes. Ragnar is also able to equip shields. Multiplayer is included as well, in which each player controls a character equipped with various weapons, in a fashion similar to Ragnar.