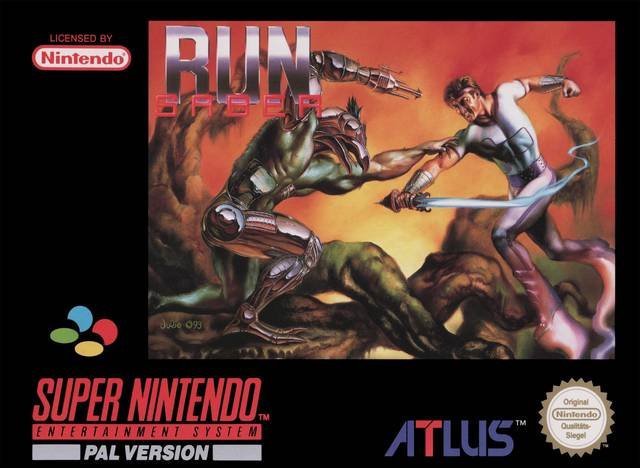 By Tanuki78 : April 7
The year is 2998 and the Earth is hopelessly polluted. Mankind's last chance for a clean planet rests in the hands of Dr. Bruford's plan to use radiation to trigger a change. Only, something goes horribly wrong! Dr. Bruford is mutated and begins an evil quest, for world domination!

Enter the Run Sabers. Cybernetically advanced humans with the raw power to level cities! As Allen, use the Thunder Sword to create concussive waves of energy! As Sheena, wield the Ice Sword to slam a blizzard at the mad doctor's forces. Team up for non-stop action that is guaranteed to put your skills to the ultimate test in this futuristic adventure saga!