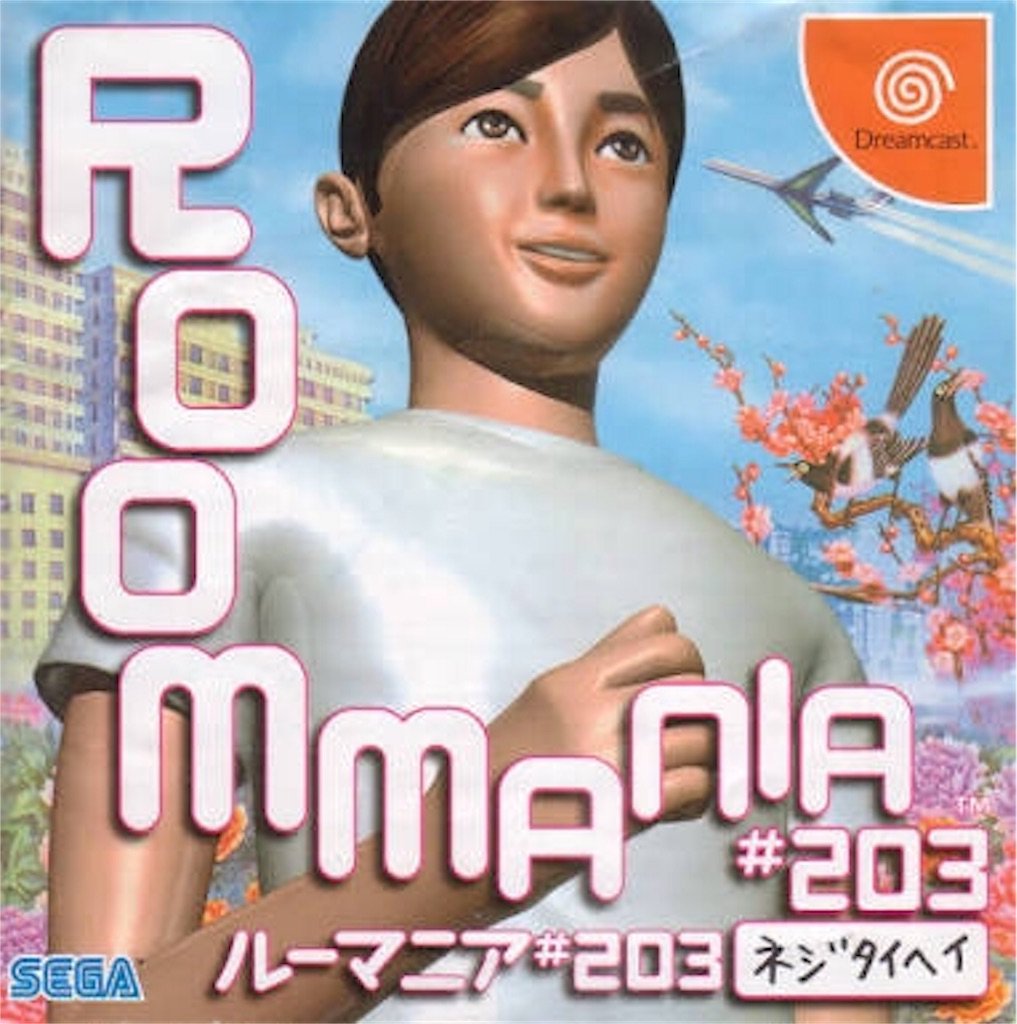 By Nanoman6666 : Thursday at 01:34 PM
Roommania #203, developed by Sega's Sound Team, puts you in the role of a god. The game revolves around using your powers to influence Neji Taihei, a male student, to perform certain actions inside his room. Similar to watching someone's life through a webcam, the game sets several cameras around Neji's room, and you move your cursor onto different items to "ping" them. This is how you affect or inspire Neji's actions. For instance, pinging a PC on the desk may influence Neji to approach the PC and start an Internet chat. You can ping an object by hitting the controller button, and this is exhibited onscreen through Ping-Pong-like balls being thrown toward an object. If the ball bounces back with a yellow color, it means that the action has an effect on Neji, while gray balls inform you that you haven't affected him at all. The screen also shows a table that contains Neji's next few actions. You will know whether he is about to turn on the TV or perhaps grab a drink of water. This is pretty helpful, because the more you ping a particular object, the more likely it is that the object will appear in the table, and you will know that the pings have influenced his actions.

You will progress through the days on the calendar, and you are given a objective to be completed within a certain time. For example, your objective is to make Neji set his alarm clock within three days. Each day, you can select two specific times - usually one during the day when Neji is away, and the other at night, when he is around. During the day, you can play around in Neji's room and do things like read his diary, move his table, turn on the television, or lock his door. Sometimes, what you do during the day affects Neji at night. For example, locking Neji out of his apartment (doesn't he carry a key?) forces him to climb up to the balcony and enter through the back. Watching Neji's reactions after you have played around with his room is quite entertaining.

The first group of objectives is more like a tutorial, letting you get the feel of the game. The game does not tell you exactly what you need to accomplish each objective. You are given a key phrase and a short clip showing you a scene of Neji doing something in his room. This is a hint as to what the objective might be. Sometimes the objective is obvious, but it can get quite tricky in the later parts of the game. If an action appears on the task table in red, then it is related to the larger objective.As you progress further, you will come across points where you'll have several objectives presented to you. Depending on which ones you have accomplished, the storyline branches from there. There are basically four main scenarios, each of which is linear and very different from one another. One of them could be a drama, or a suspense thriller, or maybe even a love story. Not to spoil it for you, but each of these stories is very well written, and you'll definitely want to see all the different scenarios in the game. The scenarios are quite short, and the game's homestretch is very linear, not even really requiring you to ping objects anymore. Also, failing even one of the scenario-related objectives could lead to an immediate game over - very frustrating, especially when you aren't even quite sure what needs to be accomplished.

The graphics are simple. The only environment is Neji's apartment, and there are only a few other support characters Neji will be dealing with in the game. These characters are rendered in polygons, and although they are not in the same league as the models in, say, Shenmue, the facial expressions are done quite well. One of the best things in the game is the sound. There is a lot of sound in the game, from Neji's conversations, to music and TV shows. It's amusing to hear remixed versions of music from famous Sega games such as Burning Rangers, Panzer Dragoon RPG, and Phantasy Star on the radio, and to watch TV ads that use game music. As mentioned earlier, you can change from one camera angle to another, and this also affects the sound. If the radio is facing you, you will hear its sounds from both sides of your speakers. Changing to another camera where the radio is situated on the left will cause the sound to come out only from the left side.

Overall, Roommania #203 is a well-made game, especially in the storytelling and sound departments. While it definitely isn't for everyone, considering both its general nature and the fact that extensive knowledge of the Japanese language is required, Roommania stands as a very unique and interesting game.