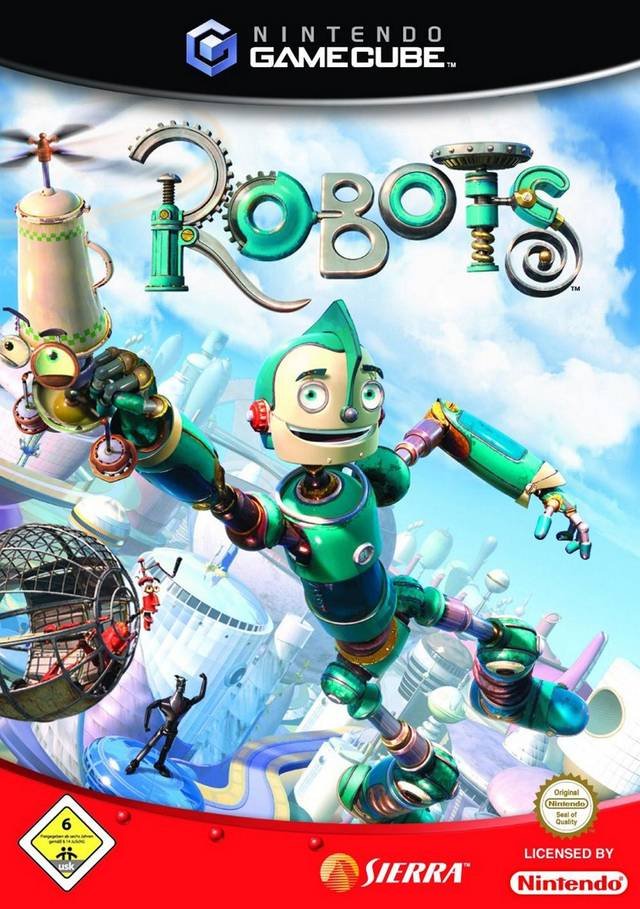 By Koolls : July 9
A gifted young inventor, Rodney Copperbottom, moves to the big city to realize his dreams of working for his childhood hero, Bigweld. But the latter is mysteriously absent and the corporation is now run by Ratchet and his evil bots. With the help of the Rusties, a group of colourful outmodes who help him discover Ratchet's evil plot, Rodney has to defeat an army of mechanical minions to restore order to the city.

Following roughly the same plot as the Blue Sky movie, Robots is a classic style third person, 3D platformer where the player control Rodney and battle evil bots, upgrading his various weapons and gadgets along the way. In addition to playing as the movie's hero, the player will also be able to play as his mechanical sidekick, Wonderbot - using him to explore areas that are inaccessible to Rodney. A few levels let you drive the Transport Pod, a giant metal ball Rodney uses as a vehicle. The game takes the player to locations from the movie: Rivet Town, Robot City, Big Weld's Factory, the Outmode Zone, Robot City Sewers, Big Weld's Mansion and Madame Gasket's Chop Shop.