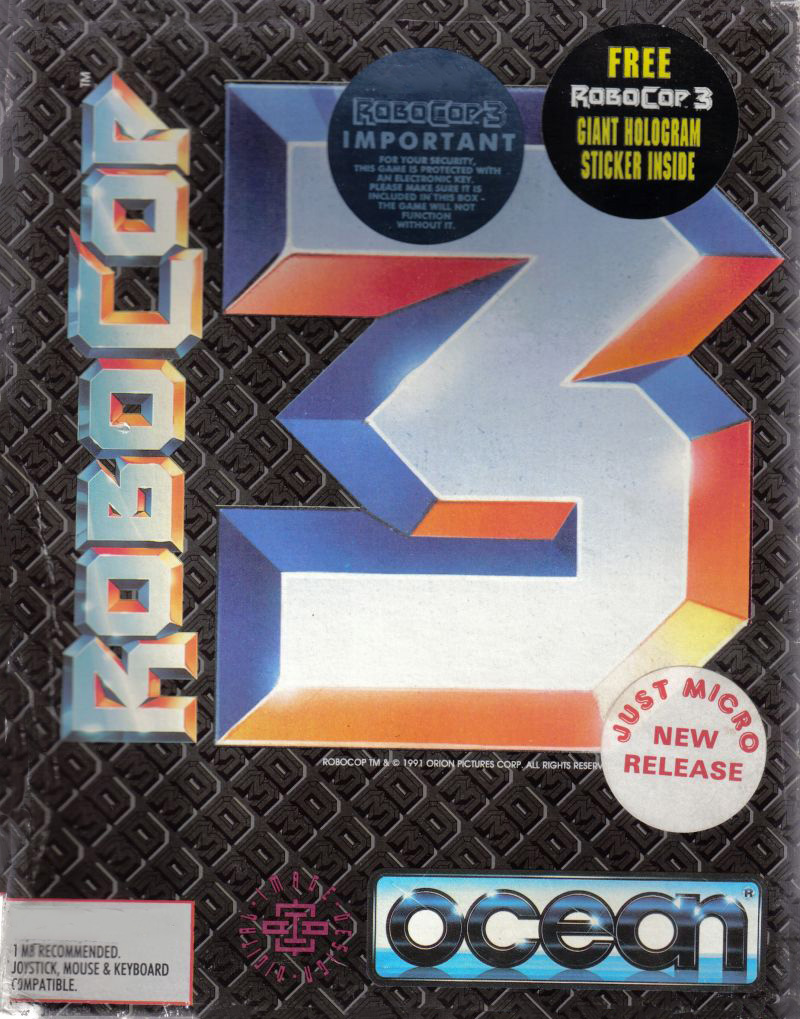 By RomStation : January 3
F29 Retaliator authors DID developed this particular use of the Robocop license, and produced something different from most film licenses. While it featured a succession of levels based around sections of the movie, these were highly varied and presented in polygon 3D graphics. These can be played in any order in the Arcade mode, or in planned sequence in the Movie Adventure mode, which follows the film's plot of Japanese investors wishing to replace Robocop with their Robot Ninja designs, and thus expecting him to prove himself as superior.

The first task is a car chase resembling Chase HQ, in which a mazey section of road must be followed efficiently. There are several first-person 3D shooing sections,. in which you must use a target to shoot down punks and invaders, without harming civilians. Robocop also takes to the skies in a simulation of his new Gyropack flying device. Also, he must do battle with his intended replacement in a fixed-perspective beat 'em up section.