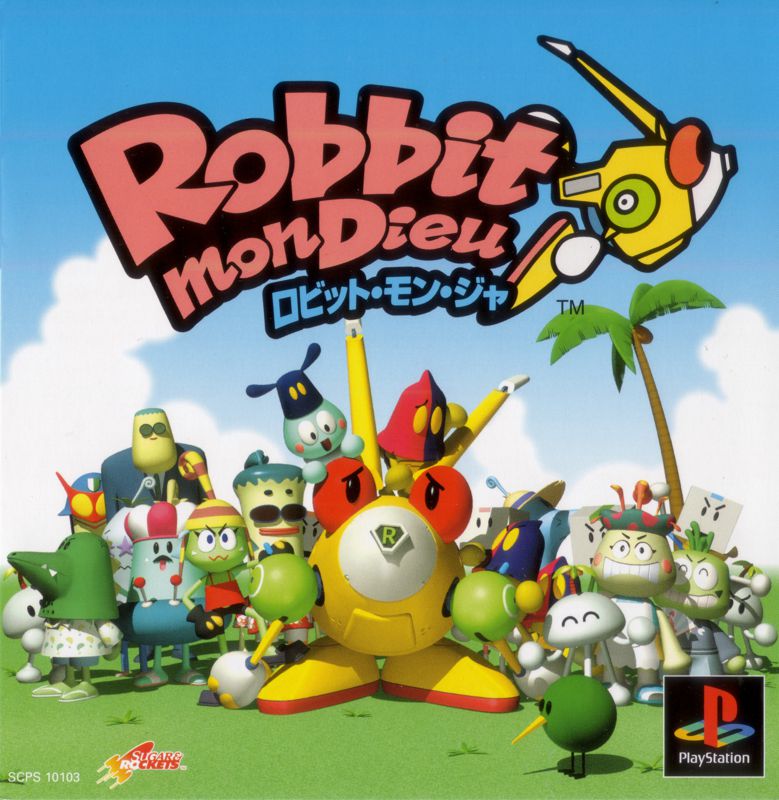 By Gangrelm : May 30, 2019
Robbit Mon Dieu, sometimes unofficially called "Jumping Flash! 3", is the third game in the Jumping Flash series. It is a 3D platform game where you control Robbit, a jumping robot rabbit.

Instead of finding all the hidden Muumuus like in the previous games, each level now requires you to complete a certain task, explained at the start of the level. You have to bring a guy to his house, jump through hoops, catch frogs, run obstacle courses etc. Each of the levels take significantly less time to complete when compared to the previous Jumping Flash games.

The inhabitants of planet Hananuma find themselves encountering numerous problems that they are unable to solve alone, and their call for help is answered by the Universal City Hall, who send Robbit to Hananuma to rectify things and put the inhabitants at peace once again.

The gameplay controls are virtually identical to the two previous games, with the reduction of special weapons slots from three to one, and the addition of a slamming move after pressing the triangle button while in the air. But instead of roaming around worlds collecting Jet Pods or MuuMuus, the objective of each level varies from having to simply turn on four water wells to destroy thirteen ghosts in a graveyard to transporting somebody home.