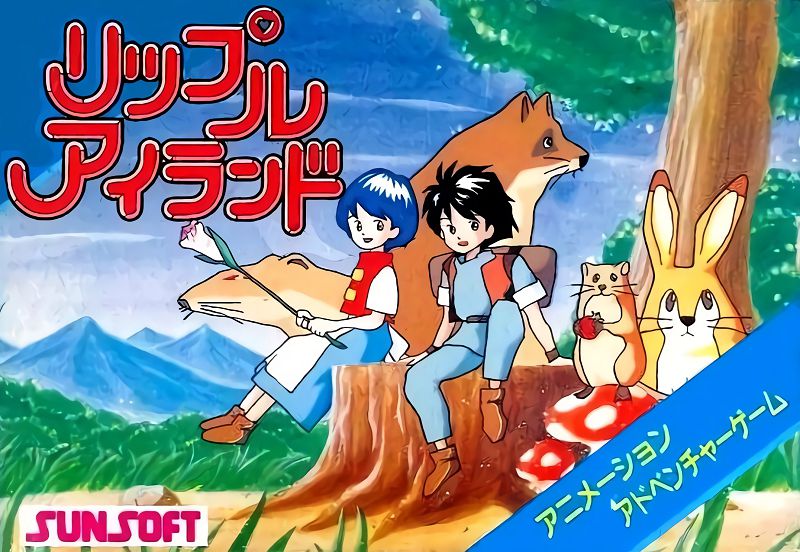 By TompouceGabriel : August 27, 2019
On Ripple Island, humans and animals coexist in harmony. One day though, the malevolent emperor Gerogēru enters the island habitat and kidnaps the island's Princess Nasarell. The distraught King Dotella makes an offer to the populace, that whoever rescues his daughter shall have the honor of marrying her. Hearing the king's plea, a young villager named Kyle decides he will be the one to rescue the princess.

Players take on the role of Kyle. Kyle's journey will take him through five different areas of the island made up of several different locations to visit.

While playing the game, it displays a picture of the player's current location at the top of the screen, with the available actions being presented below that. Actions include move, look, talk, take, manipulate and view inventory, enter, pull, and push.

The game contains four different endings which depend on the player's actions and choices throughout the game.