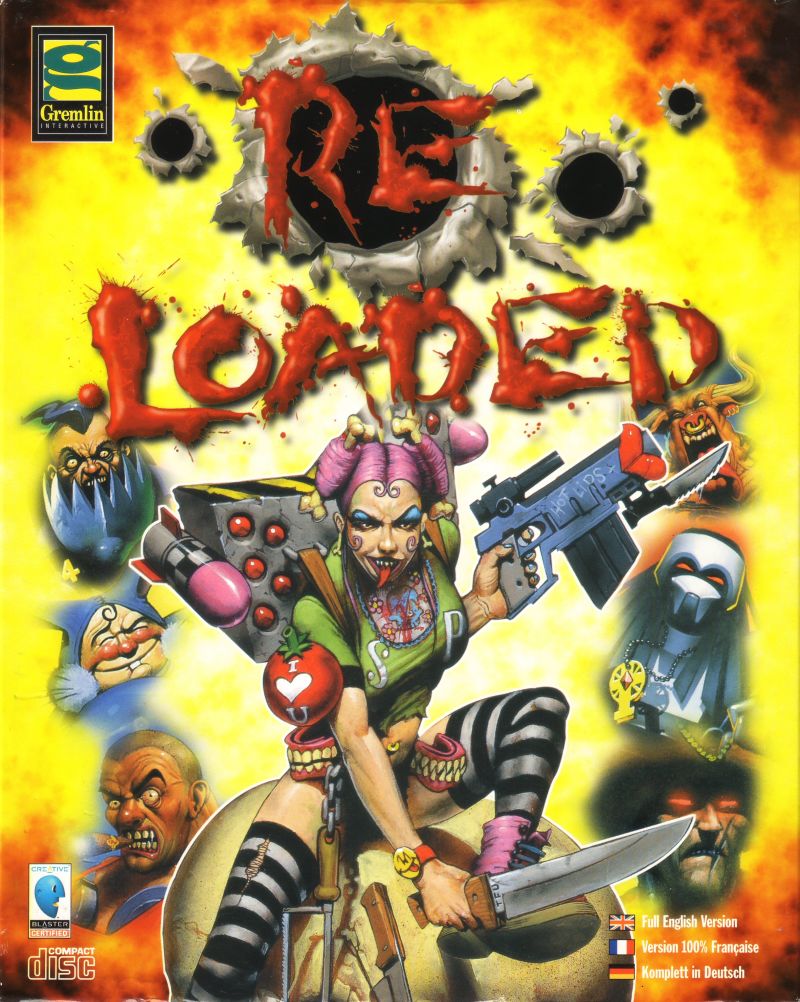 By RomStation : January 3
This is the sequel to 1995's Loaded, with an improved graphics engine, and just as much violence and blood. Re-Loaded puts you in the shoes of a number of characters, such as Sister Magpie or Butch. Each character is weird, deformed, and generally strange.

It is a mission based game, where you must complete various objectives to successfully win in each of the 12 worlds. Throughout each mission, you must kill lots of people, with a variety of weapons such as plasma cannons, lasers and ultra bombs.