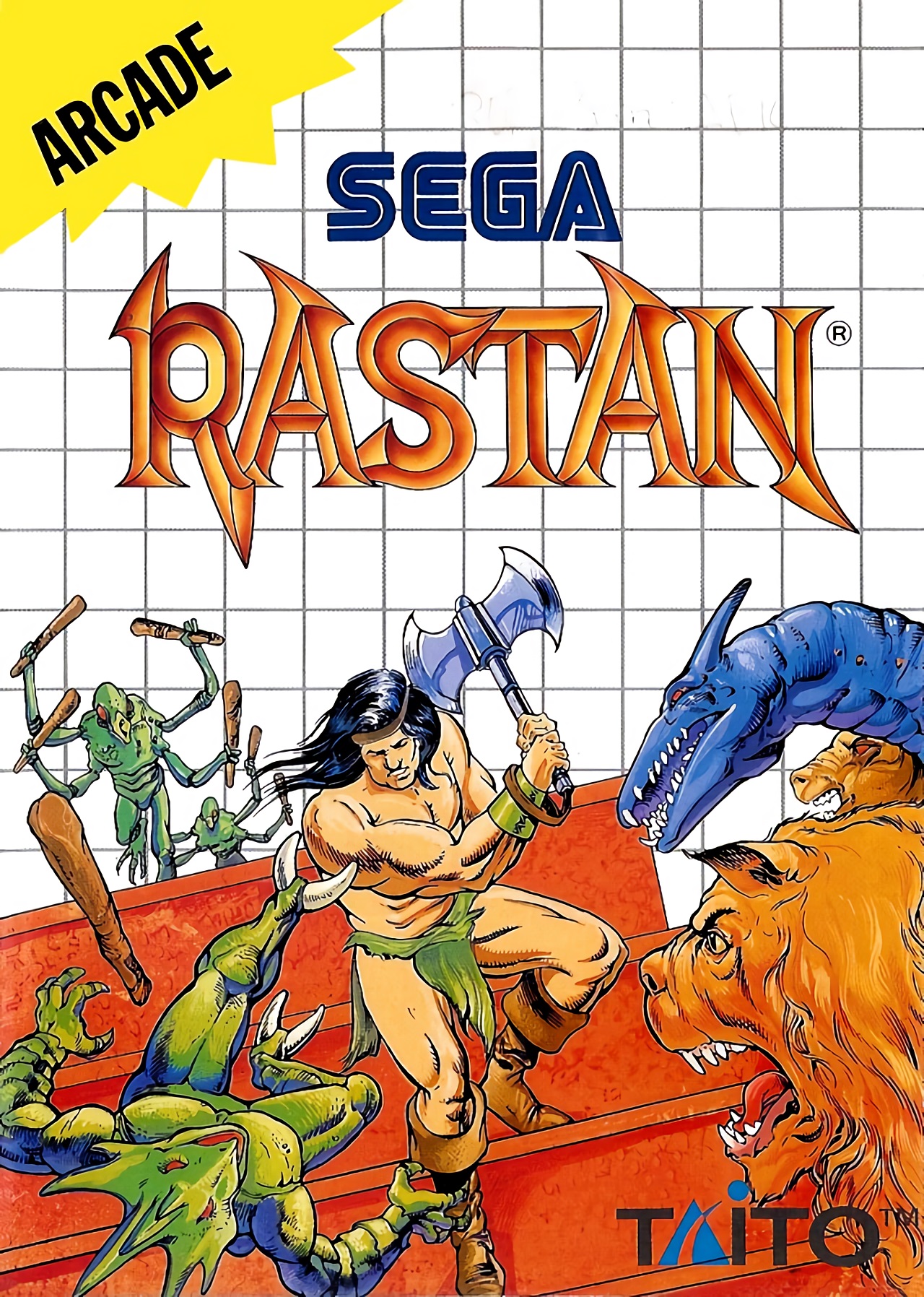 Rastan features five levels of hacking and slashing gameplay with a boss at the end of each level. Numerous enemies assault you on your journey such as flying demons, chimeras, valkyries, piranhas, skeleton undead and more. Fight through to the end and save the land of Lograth from certain doom.

The game features different weapons such as axes, maces and fire swords, each with its own attributes like extended range or attack power. Armour can also be picked up in the forms shields, cloaks and armour, reducing the damage from enemy attacks. Other items include rings (increase the speed of your weapon) and jewelery for bonus points.