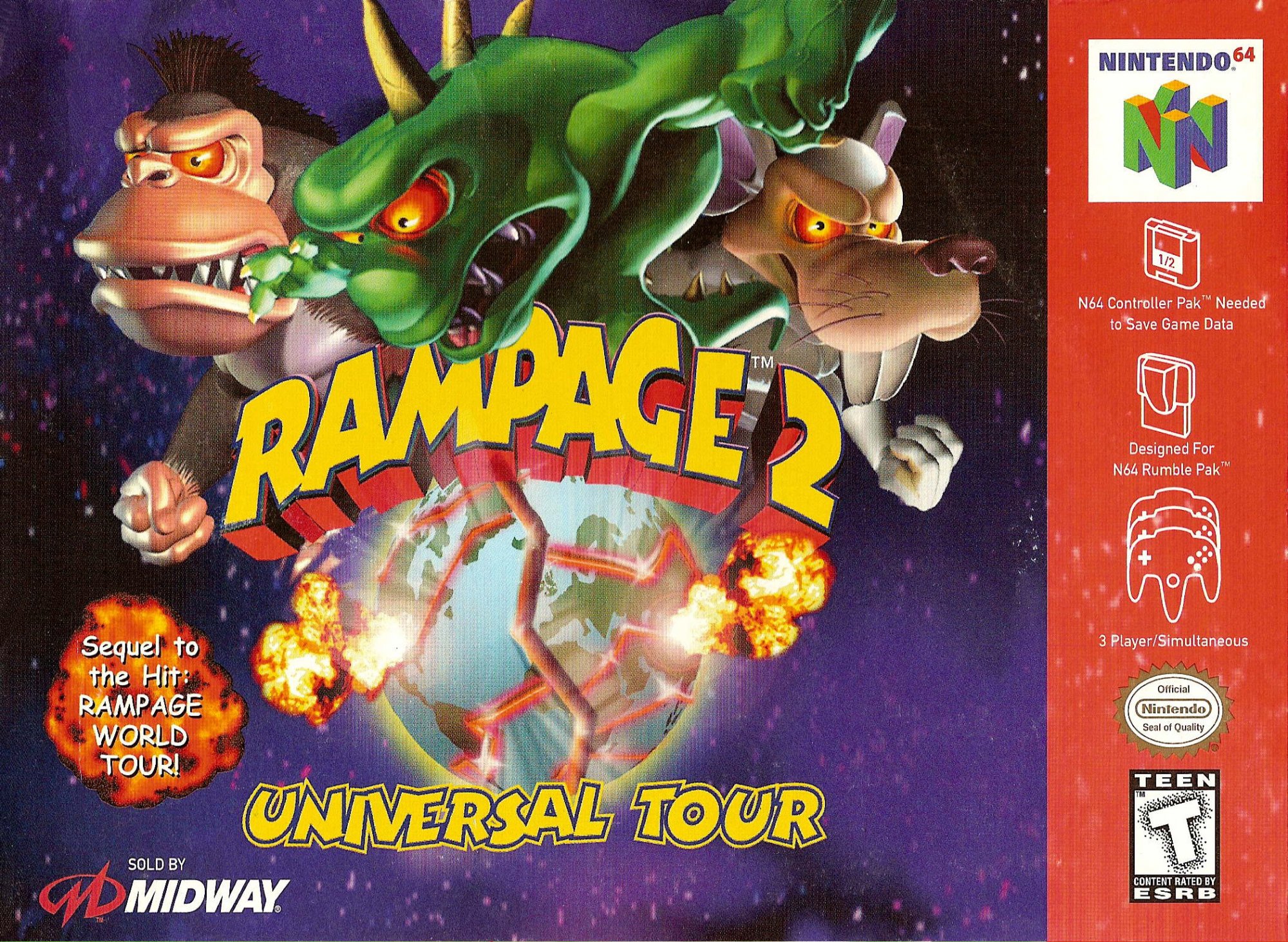 By GambierBae : March 10
While technology may improve graphics and sound, some things never change. Rampage 2: Universal Tour is very much in tune with its history, barely deviating from the original city-stomping arcade game appearing in the 1980s. Like its predecessor, Rampage World Tour, Rampage 2 retains the original 2D worlds, but improves the graphics, completely re-rendering the characters. The premise remains the same: stomp out cities and wreck things in general. Some new features in Rampage 2 include four new characters (in addition to the original three), new attacks and combos, a power meter, and bonus rounds. The cart allows up to three people can play at once and there are plenty of new cities to destroy.
hurricail reacted to this