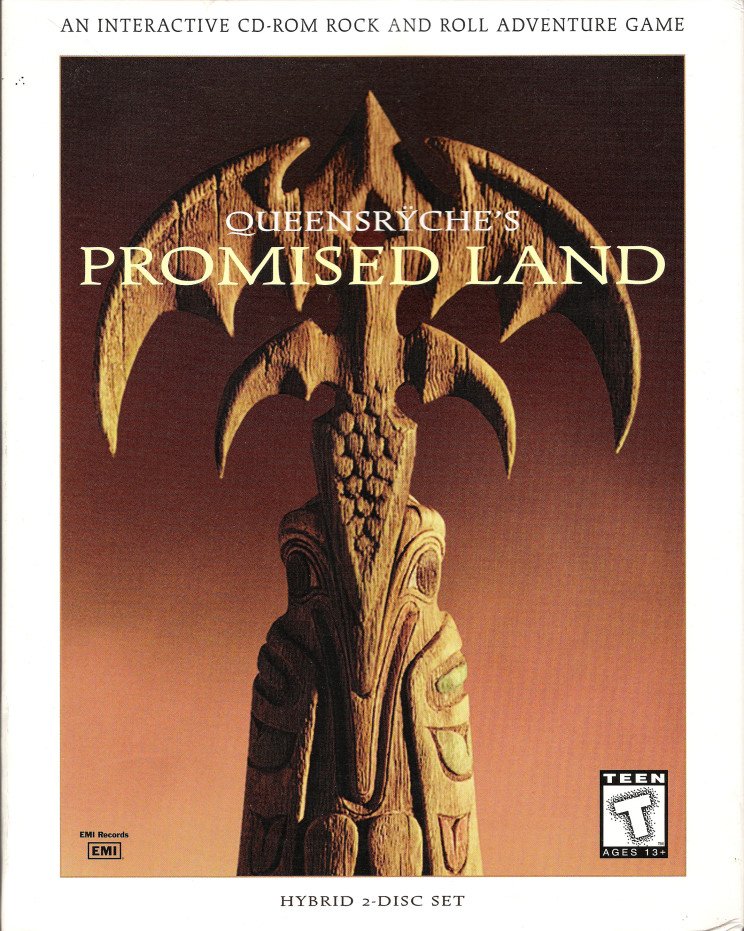 By RomStation : January 27, 2020
Promised Land is a multimedia adventure game based around the members of the progressive-rock band Queensr che. The premise of the game is all about the symbol or totem of the band (called the "Tri-r che"), which is composed of five parts, and at the beginning of the game it scatters every piece in a different "world", and each of these worlds happen to be created by each of the band member's dreams and worries. So your job is to find each of the pieces and rebuild the totem, and to accomplish this you'll have to solve puzzles and minigames. As you find each piece, the band member who "owns" that world lets you have a glimpse of his work in the band in the form of musical videos.The game is a 2-CD set, the game fills up the first one, and in the second you'll find mini-documentaries and music videos.