Nightruth: Explanation of the Paranormal: 'Yami no Tobira' 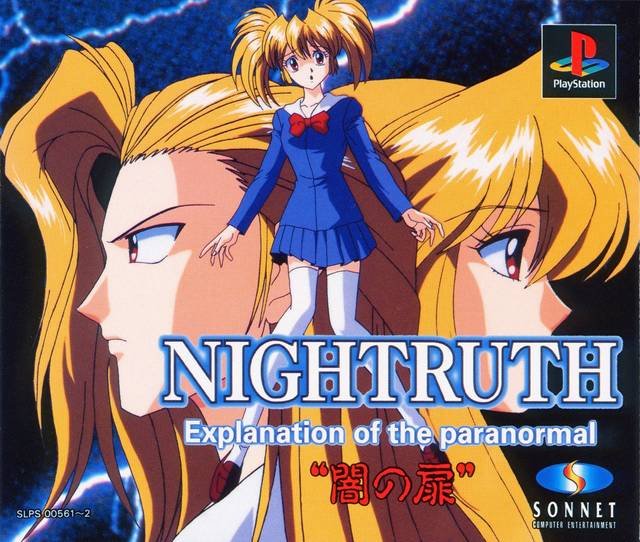 By Valek : November 24, 2021
Nightruth - Explanation of the Paranormal - Yami no Tobira is an adventure game about a group of 5 young high school boys (2 boys and 3 girls) that investigates paranormal phenomena and got some strange powers (they can use magic when they need to).

The game begins when a young girl is walking in a street and she see how another girl dies of spontaneous combustion, she call the police and ambulance. The next day the game begins at 7:30 in the house of Sinya Izayoi when he wakes up and (depending of the player choice) he show what happened on the TV or read it on the newspaper, so he decide to talk about it with his friends and start investigating the paranormal phenomena that happens in their town.

The second cd is the making of the game and features music, background, character profiles, artwork, and interviews with the actors that provide the game voice acting. The game comes with a bonus audio cd.