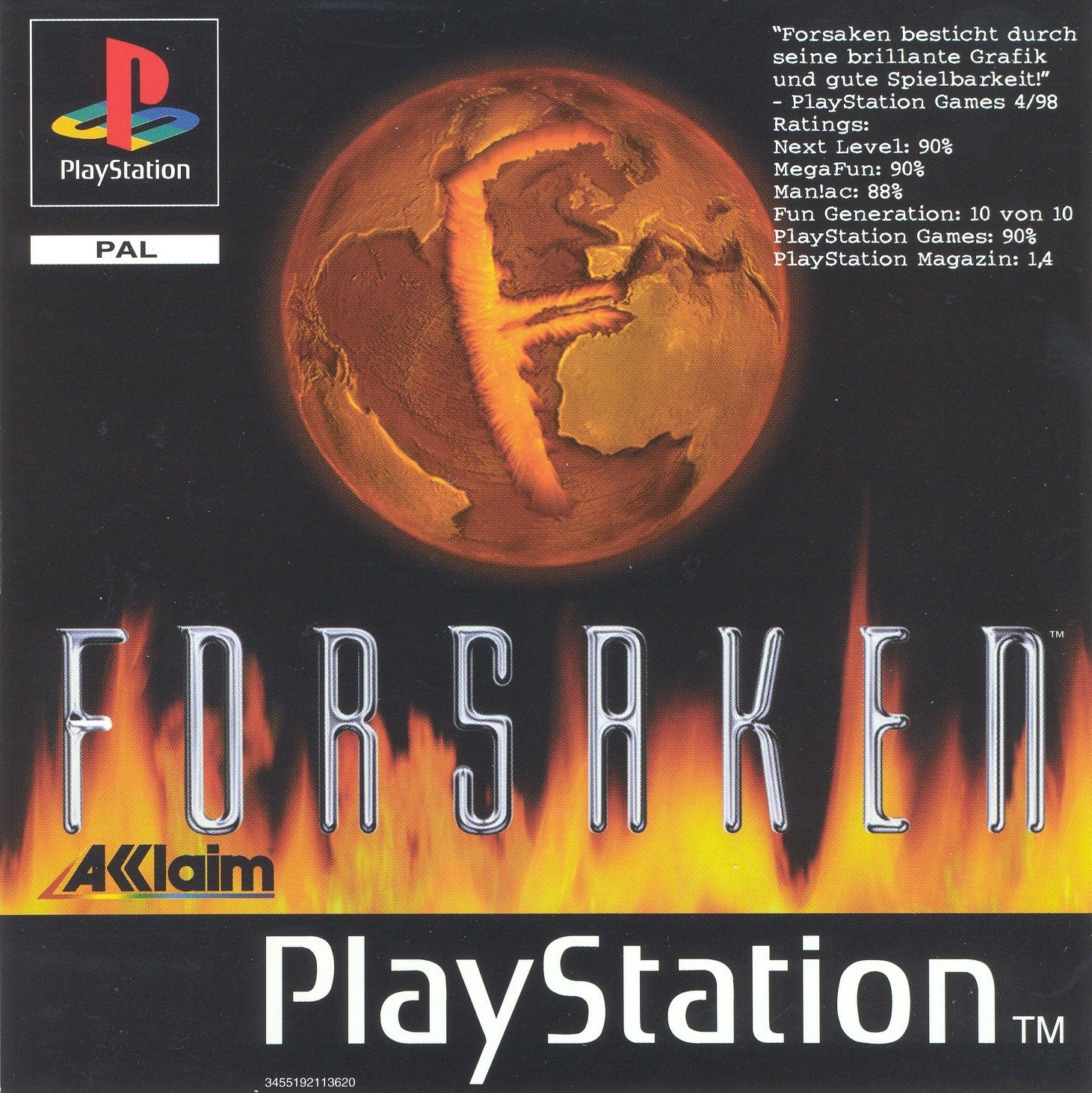 By GambierBae : October 10, 2021
Earth has been rendered largely uninhabitable by an explosion caused by a bungled experiment. Few would dare to brave its unstable and searing environments - only those determined to grab a little of its remaining gold. You are one of those, taking your hover-bike into disintegrating caverns for a few hours of dangerous work which, successful or not, will be your last.

Forsaken is a first-person shoot 'em up in which you have complete movement freedom in 3 dimensions, as you accelerate, swerve and strafe your craft, making for gameplay resembling Descent. Each level has a defined exit which must be reached within a tight time limit. The surrounding areas are collapsing around you, with spikes and turbine fans among your hazards. Be very aware of other craft out to take all you have, as they alter their approach based on your weaponry (from the 25 featured in the game) and past encounters.

On the PC, multiplayer action can feature up to 12 human players. The Nintendo 64 version featured 4 player split-screen multiplayer, while the Playstation version has no multiplayer options.