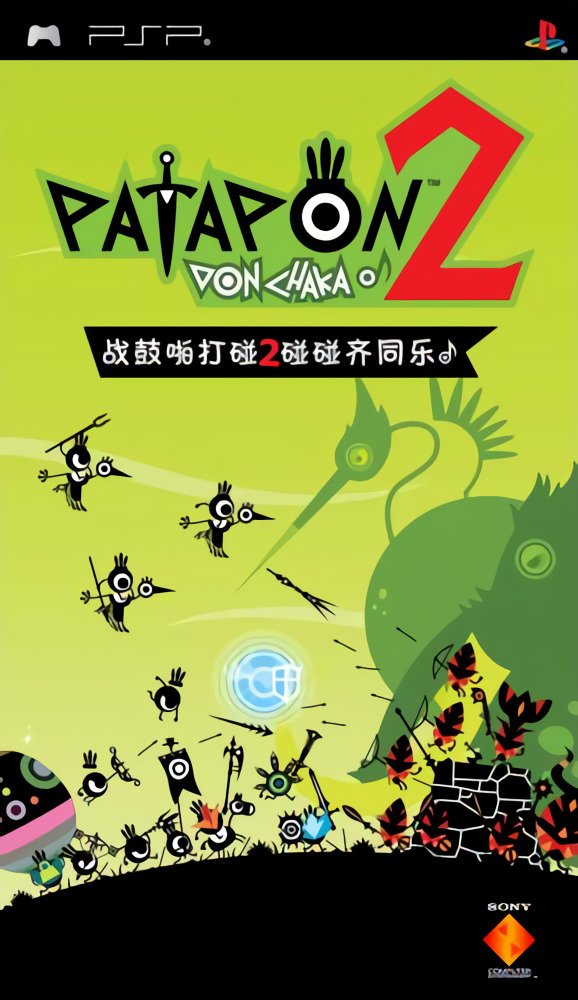 By GambierBae : April 20, 2021
This is a direct sequel to the game Patapon. The tiny eyeball warriors return in their quest to find "IT" at Earthend. To help them in their various ordeals, the player once again take the role of "The Mighty One" or "Mighty Patapon", who leads them by playing the sacred Pata, Pon, Chaka and Don drums following the game BGM's beat. Different combinations mean different orders that the Patapons follow.

The game itself is a succession of levels accessed from Patapolis, most of which are repeatable, but increase in difficulty each time.

The Patapons now have the help of the Hero Patapon who can be of any type of Patapon available in the game, if they are unlocked. The hero has the same stats as other Patapons, but can have different attributes, depending on which kind of mask he is wearing. He also has different special abilities fitting the type of Patapon he is set to.

New minigames and various features are added to those taken from the first game, and there is also an evolution tree, in which every Patapon can change his appearance, level up, and gain different properties.

Multiple players can now play together via the Patagate Shrine, using their unique customized Hero Patapon to defeat Giant Bosses and destroy enemy fortresses. Doing so yields treasures such as new masks for the Hero to wear, Komupons (Hero Patapon NPC'S), various materials, and equipment.

In North-America, Patapon 2 wasn't originally released with a UMD disc, and was available only through download from the Playstation Store.