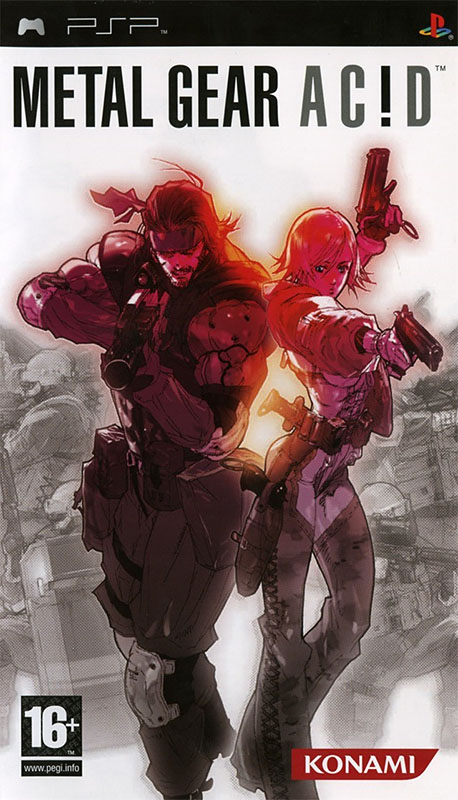 The year is 2016. An airplane is hijacked by unknown terrorists. On the board of the plane is senator Hach, an important US politician, who might be the next president of the country. In exchange for the senator, the terrorist want something from the US government. You don't know what that something is, but it goes under the code name "Pythagoras". Since handing it over to the terrorist is not what the government is planning to do, it sends you, the famous special agent Solid Snake, to rescue the senator and to find out who is really behind the hijacking.

"Metal Gear Acid" is set in the familiar Metal Gear universe and graphically resembles the PS2 titles of the series, but its gameplay is quite different from that of the other games. "Metal Gear Acid" combines the traditional stealth gameplay with strategy. It is a turn-based game in which you plan your turns by selecting playing cards that are available in your card deck. Each card represents an action: attacking, moving, etc. You must plan your actions carefully to stay unnoticed and also plan ahead which cards you'd want to keep during the next round, and which you are ready to sacrifice in order to make an efficient move immediately.