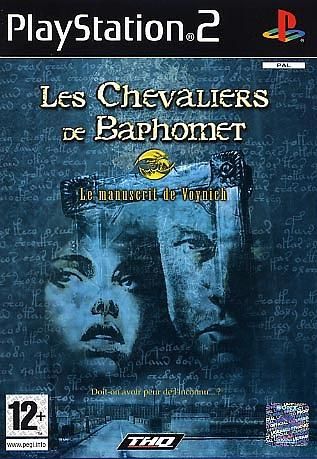 No less than six years have gone by before the third installment in the Broken Sword series saw the light of day. The first two games (The Shadow of the Templars and The Smoking Mirror) delved into the Knights Templar and Mayan mythology. This time, George Stobbart and Nico Collard are after the Voynich Manuscript to unravel its mysteries.

The Sleeping Dragon moves away from the 2D point-and-click concept from the earlier games and features a full 3D world, with a camera that does not rotate, but uses fixed cinematic perspectives, combined with full 5.1 sound. For the Windows version the game is no longer controlled through the mouse, but now through the keyboard, for the movement of the characters as well as all the actions. The player alternately controls George or Nico. Next to typical adventure gameplay such as exploration, conversations, and searching and combining items, there are also a few action sequences. The characters can duck, sneak, hang from ledges and move crates to reach higher areas.

The locations visited throughout the game include The Congo, Paris, England, Czech Republic and Egypt.