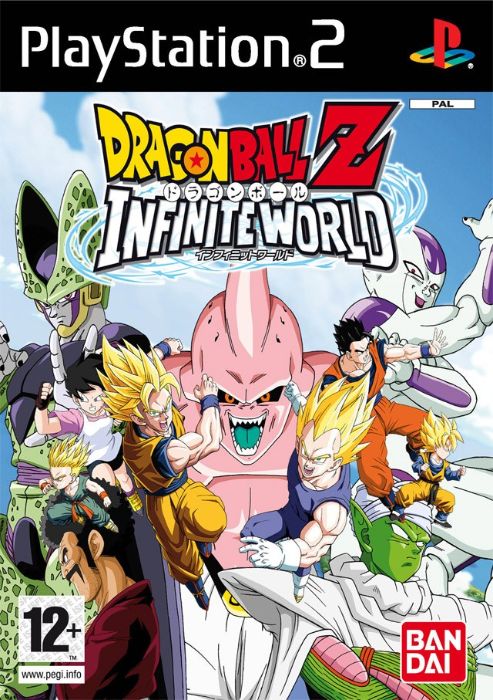 Dragon Ball Z: Infinite World combines the best elements of the previous Budokai and Shin Budokai series, as well as the recently released next-gen Dragon Ball Z: Burst Limit, to deliver the definitive DBZ experience on PlayStation 2. But no Dragon Ball Z game would be complete without its share of spectacular combat. Dragon Ball Z: Infinite World uses a streamlined battle system from the recently released next-gen version of Dragon Ball Z: Burst Limit for thrilling hand-to-hand combat on the ground, or jumping and aerial combat in the skies. In addition, new ideas have been added to the battle system. Defeat your opponent by launching devastating Ki attacks from the sky or by diving on top of him and launching an explosive smash attack. The game features over 40 unique characters, not to mention the different forms each character can transform into, multiplying the gameplay potential. In addition to characters, fighting techniques and cutscenes, Dragon Ball Z: Infinite World also includes selected dramatic cutscenes from previous games, all presented with beautifully refined effects and shading techniques.