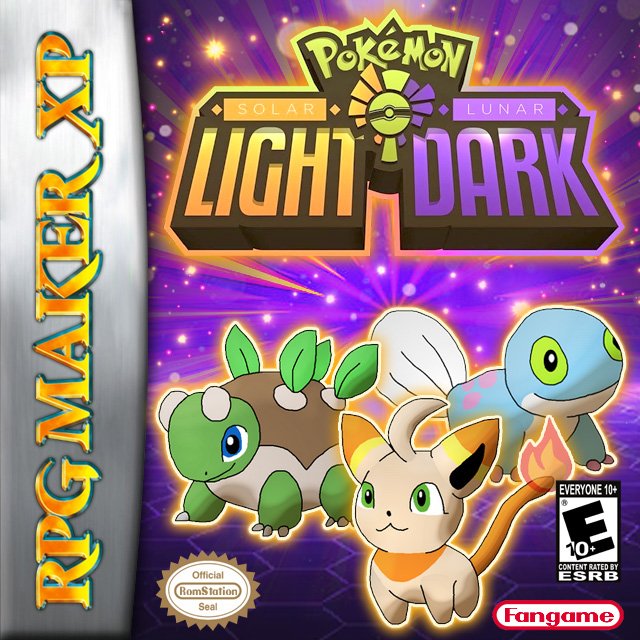 Pokémon Solar Light Version and Pokémon Lunar Dark Version are the primary paired versions of Generation WTI, a fanmade Pokémon Generation by Watertrainer, created by Chai-Tao and himself.

Solar Light and Lunar Dark follow the trends set up by previous games in the series. Two player characters (one male, Cole, and one female, Ella) travel a new region, Rikoto, on their Pokémon journeys. This region is inhabited by various selfmade Pokémon, and like in BW, none of those available prior to Generation WTI can be obtained before defeating the Elite Four.

The game starts in Soltree Town in the players room. The player is sitting in front of his/her TV and is watching a battle between two Pokémon trainers. Your mother comes in and tells you that your best friend, Rodney, is waiting for you downstairs to get your first Pokemon from Prof. Pinewood. You walk to the lab with Rodney and the Professor lets you choose one of three Pokemon. After choosing your starter, Rodney runs out of the lab. The Professor tells you about a young girl named Keira, who is getting the last Pokémon, but it seems that she has forgotten it. After finding Keira in Mossy Town her mother tells you to go back to your house, because your mother has a gift for you. Back in Soltree Town you recieve the PokéCom and the Running Shoes from your parents.

From then on, the player will set off on adventures through the Rikoto region. Along the way, the player, Rodney, and Keira will battle eight Gym Leaders, while trying to complete the Pokédex. After managing to obtain all eight Badges, the player will head to the Pokémon League to battle the Elite Four and the Champion.