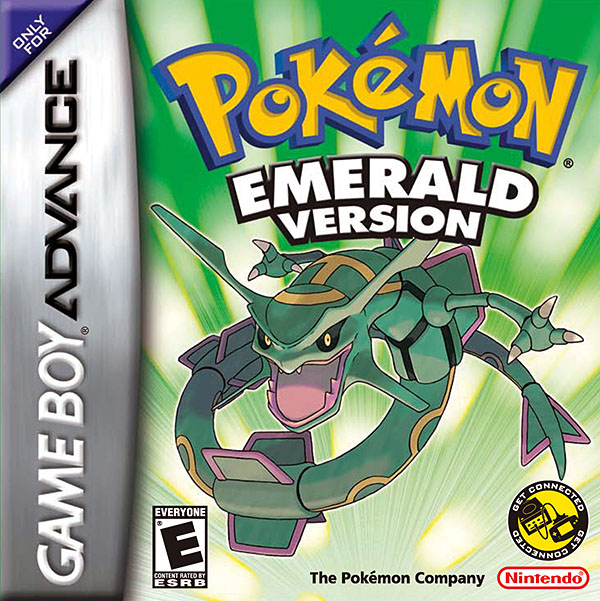 Pokémon Emerald is the third game set in the land of Hoenn. On first looks this game seems to be identical to it's predecessors, Ruby & Sapphire, however there is much more that meet's the eye in this game. First thing you'll probably notice are the Pokémon's Animations, similar to how they were animated in Crystal, which are making a welcome return to the Pokémon games. Also, the graphics in this game are sharper than in Ruby/Sapphire with more detail to the overworld. Both Team Aqua & Team Magma are heavily involved in this game's storyline as they both try to awaken their respective Pokémons. And when they do, thats where the game radically changes from the other games with a whole bit where they battle and you have to stop them. There is also inclusion of many new areas including Magma Hideout, Mirage Tower, Desert Underpass, Marine Cave, Terra Cave, Studio Cave & finally and most importantly, the Battle Frontier.

If the game freezes on a white screen when loading it, go to "Settings>Emulator>Save Type" and select Flash 128K instead of 64K. Then, reset the game. Note that you may have to set the save type back to 64K with other games.