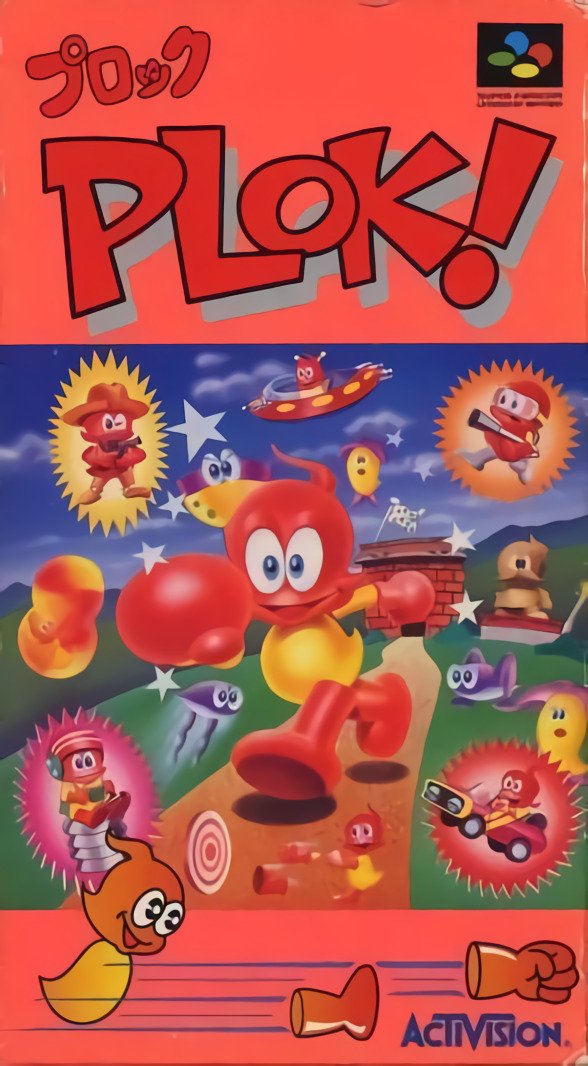 By GambierBae : March 1
At one day, Plok awakes to find out that his flag has been stolen. He spots it on a neighboring island and travels there to get it back. However, as he returns to his home, he realizes that all flags on his island have been replaced with flea-flags. This is only the beginning of his problems though, and he has to face many more challenges before the end of the game.

Plok has to jump and fight his way through numerous levels, trying to find the exit or fulfilling certain missions such as killing a set number of fleas. Plok can perform two different jumps, a normal jump and a higher spinning jump. He can attack his enemies by throwing his limbs at them. Collecting presents will temporarily equip him with different weapons, or transform him into all sorts of vehicles such as a helicopter or a U.F.O.