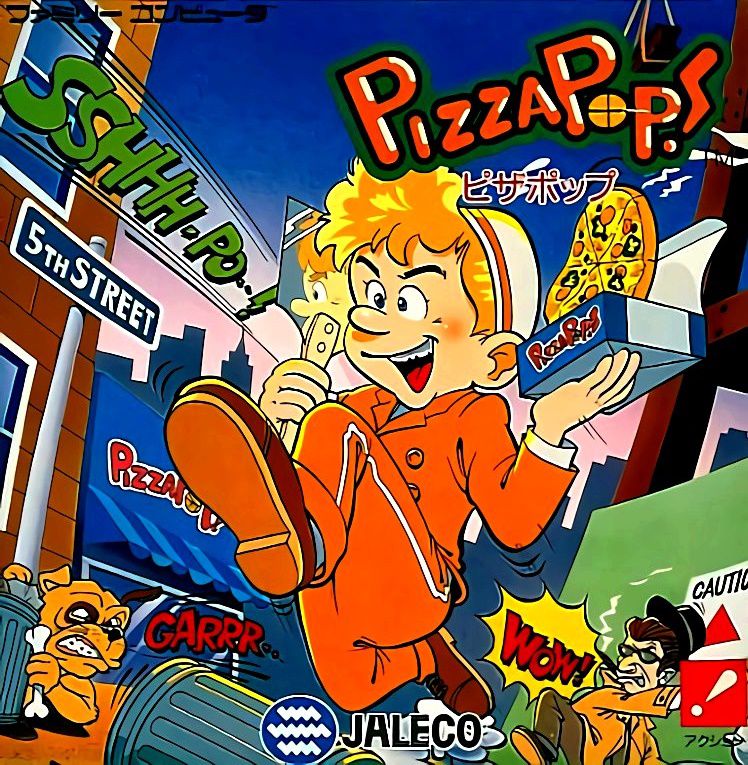 By TompouceGabriel : July 11, 2019
A pizza delivery guy is in love with a girl named Betty. He's going about his careless job, delivering in hopes of big tips, when something catches his eye. It's a beautiful diamond ring, and it's impossible to resist! Unfortunately, it costs $10,000 - way beyond his budget. And to make matters worse, another man named Nick has eyes for Betty. Now our hero will have to work extra, EXTRA hard to buy it and impress Betty!

In Pizza Pop!, the player fights through seven crazy neighborhoods populated by a whole host of pizza-hungry characters. The player can, however, defeat his enemies by jumping on them, or whacking them with his pizza pan. The player can also run through the level or use motor vehicles to get around, but he can't run for too long or else he'll get tired - unless he jumps while running. In addition, there are two pizza-stacking mini-games which can earn the player points and extra lives.

Players begin the game with 3 lives, with three hits (to start) per life, but more lives and a maximum of five hits can be earned. The game is over either when all lives have been lost or the final boss has been defeated.