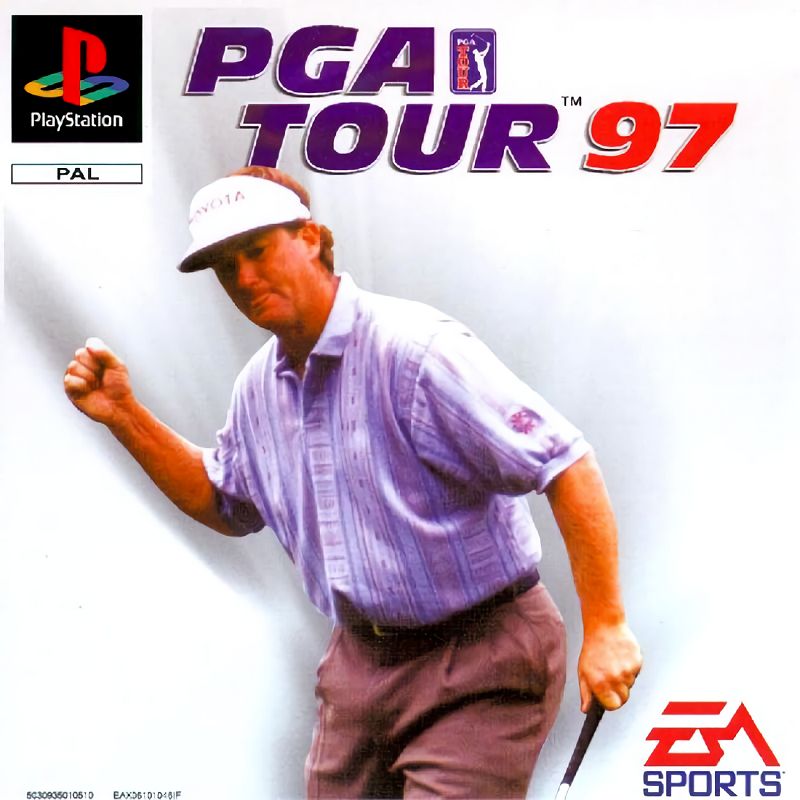 By TompouceGabriel : December 3, 2017
This golf game is another entry in the Electronic Arts PGA Tour Golf series.

Players can choose to play as one of fourteen professional golfers such as Fuzzy Zoeller and Jim Gallagher Jr. or choose to create their own golfer by giving them a name and choosing what their golfer looks like from the few portraits that are available.

Players are then able to select what type of game mode they want to play. Game modes include letting the player practice a round of golf, compete in a tournament, have a shoot-out, or compete in a Skins game.

When on the course, player select what club they want to use. They also can set the angle, pitch and backspin of the ball before taking a swing. They then have to aim where they want their shot to go. When shooting, players have to contend with the "Target Arc" power bar interface which effects the velocity and accuracy of each shot. This meter also factors the players risk in their shot by determining the degree of difficulty it would be to make the shot. Bold shots get rewarded while risky shots are not.