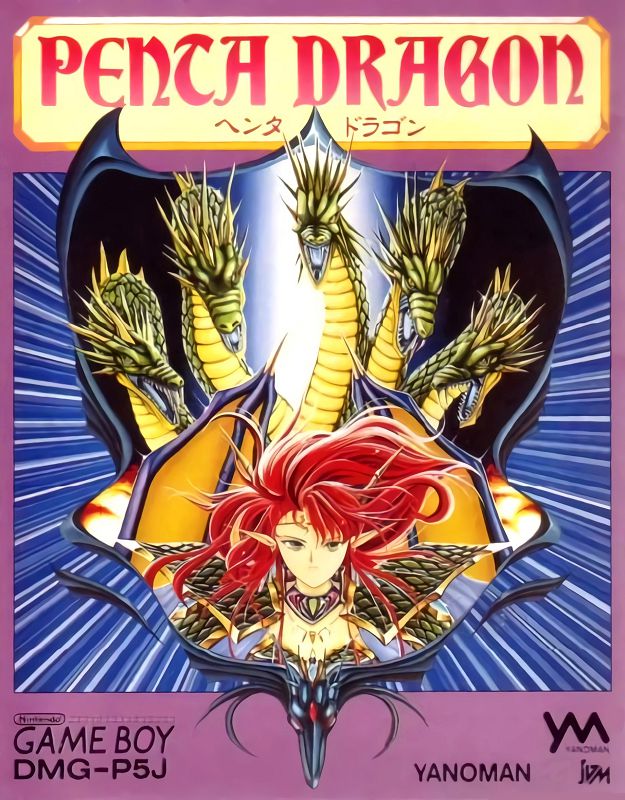 Penta Dragon is a shooter developed by Japan Art Media and published by Yanoman Corporation for the Game Boy platform.

Players take control of Sara, the mythical snake child. Sara is the child of a human and a dragon. When Sara was born she was given one of her mothers magical eyes, but the time has now come for her to set out and recover the other one.

Penta Dragon is an action shooter that plays similar to the Pocky & Rocky games in which players control a character on foot. Unlike other shooters Penta Dragon does not scroll on its own and is guided by the player.

There are a total of 7 stages with a final boss fight at the end. Stages are laid out in a maze like manner with players being able to explore.

Throughout the stages there are various power ups to be picked up which will heal the player, change the power of the shots, change the type of shots, protect the player, or get special offensive shots.