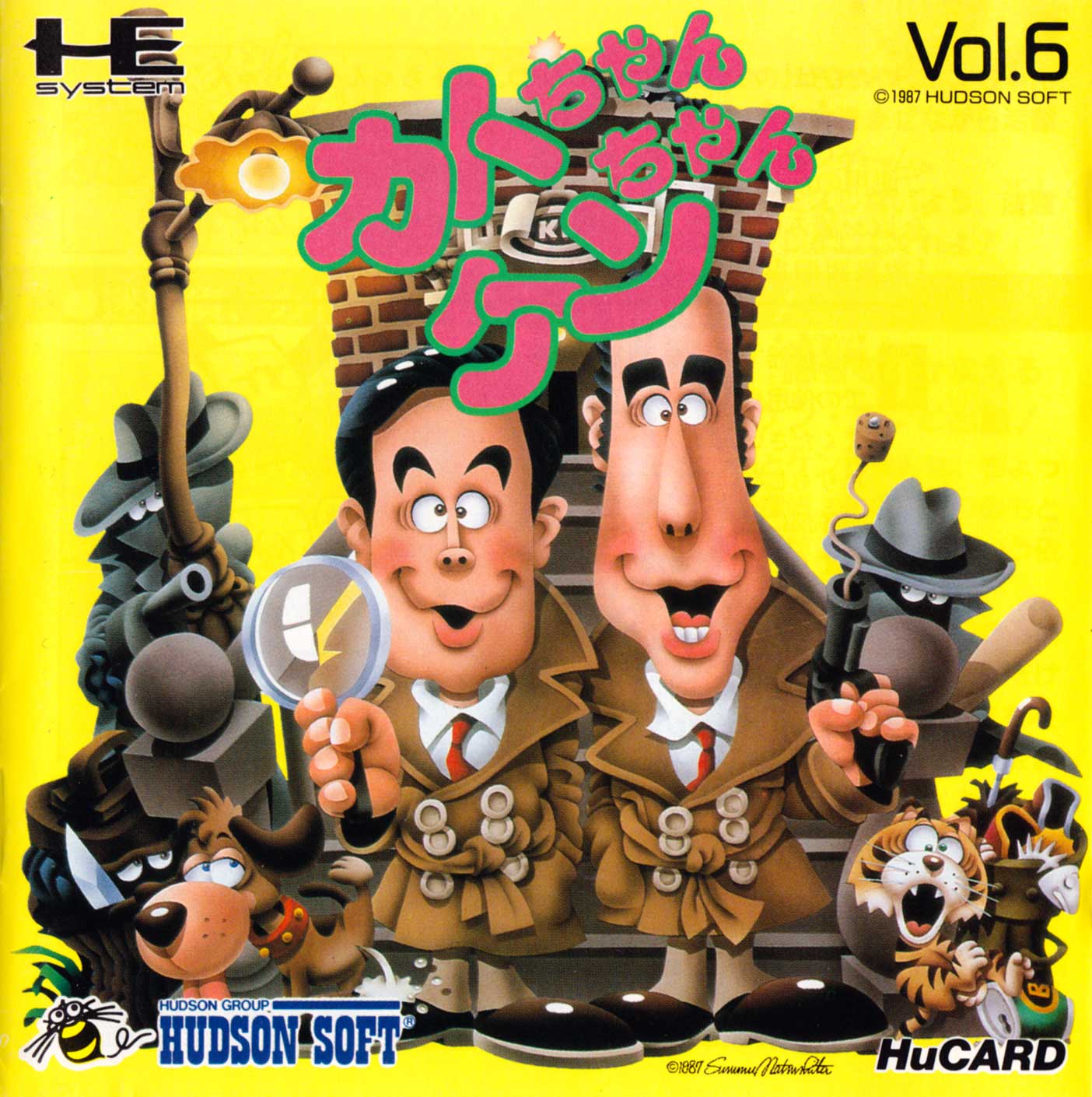 By Apharel : September 16, 2015
Kato & Ken Detective Agency are assigned the task of locating a missing rich man, and you can choose either Kato or Ken to go on the mission. Your partner doesn't like this one bit, so he decides to make a nuisance of himself along the way. Similar to Adventure Island, you must make your way through several levels, destroying wildlife along the way, but instead of using a hammer, you have three different ways to kill them: jump on or kick them, or when they are walking on the ground, blow gas out of them.

While scrolling through the level, your vitality will decrease, but it can be restored by collecting fruit and junk food. During your travels, you will also encounter your partner doing things that shouldn't be done in public, but sometimes, he will throw stuff at you to make you lose some of your vitality. The only way that you can deal with him is by kicking him where it hurts.

Along the way, you can enter doors. Doing this will give you a hint about the level and your vitality will be increased as well. You can kick certain objects such as lamp posts, trashcans, or thin air to obtain coins, or to make hidden platforms appear. Coins can be used in slot machines that will give you extra vitality, more lives, extra coins, and more. Slot machines only appear when you enter certain doors.