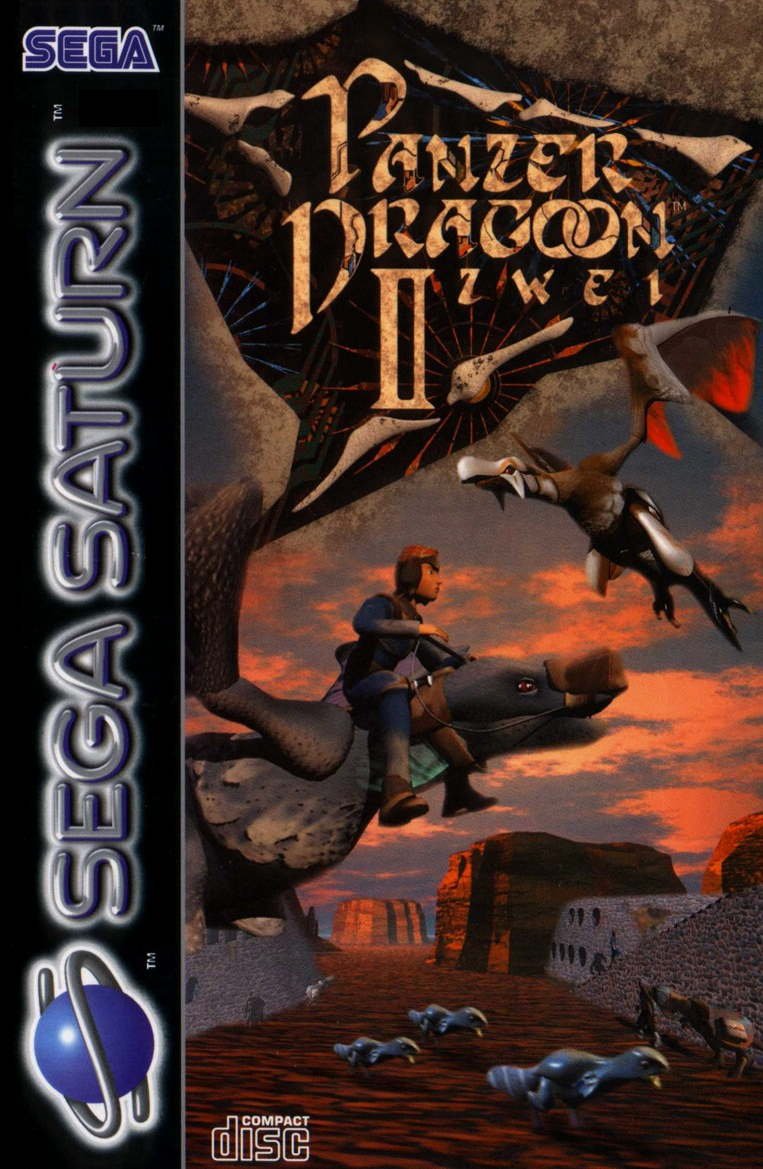 By GambierBae : August 2
The second Panzer Dragoon game is not a sequel, but a prequel to the first, and is also set in a post-apocalyptic world where mankind struggles against forces of nature, trying to re-build their civilization.

The game follows the story of a boy named Lundi who lives in a frontier town. The area is populated by mutant animals called "khourieats". The town inhabitants see them as bad omens and kill them. One day Lundi finds a small khourieat with wings. Instead of killing it, Lundi decides to hide it and keep it as a pet. After his town was destroyed by an ancient weapon, Lundi sets out on a long journey with his pet, who will soon become a powerful dragon.

Like the first game, Panzer Dragoon Zwei is a rail-shooter. The player follows a pre-set course and either uses Lundi's gun or the dragon's special abilities to dispose of the enemies. Lagi (that is the name of the dragon) can evolve during the game and gain more powerful attacks, which signifies a step towards a real RPG like Panzer Dragoon Saga.