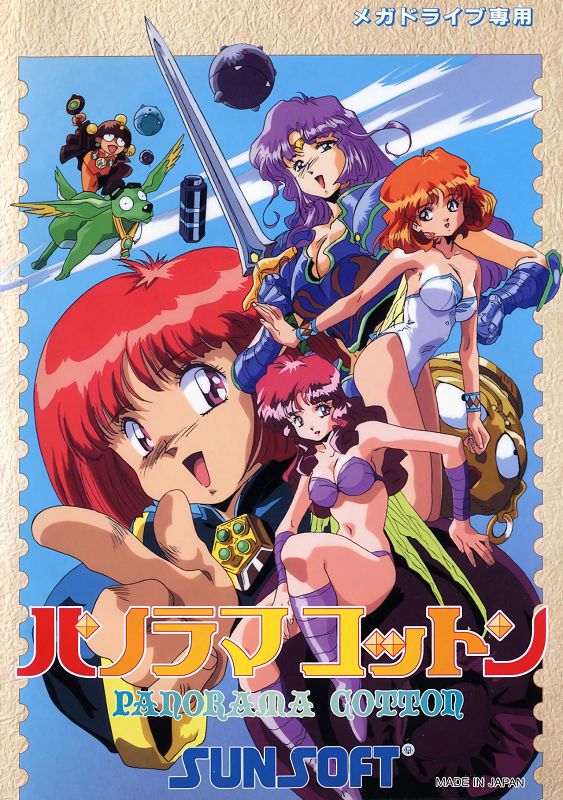 By TompouceGabriel : July 29, 2019
The fairy kingdom has long been threatened by the dark witch Wool, the leader of the Dark Undulation. The queen Velvet sent the cute little fairy Silk to seek aid by the red-haired witch Cotton, the only one who could defeat Wool. Cotton agrees under one condition: she will receive some willows as a reward, since willows are her favorite food. Finally, after defeating Wool, Cotton realized that someone poisoned the promised willows, and swears revenge. Accompanied by Silk, she begins to chase the mysterious enemy.

Panorama Cotton is a pseudo-3D scrolling shooter reminiscent of Space Harrier, set in an anime-style fantasy world. Various levels scroll "into the screen", vertically, horizontally, or diagonally. The player can move Cotton over the screen, shooting at oncoming enemies and avoiding obstacles on her way. Cotton can upgrade her weapon to higher levels as the player advances in the game, and can also cast magical spells by collecting special items.

Thanks to Malias and SamIAm for this translation.