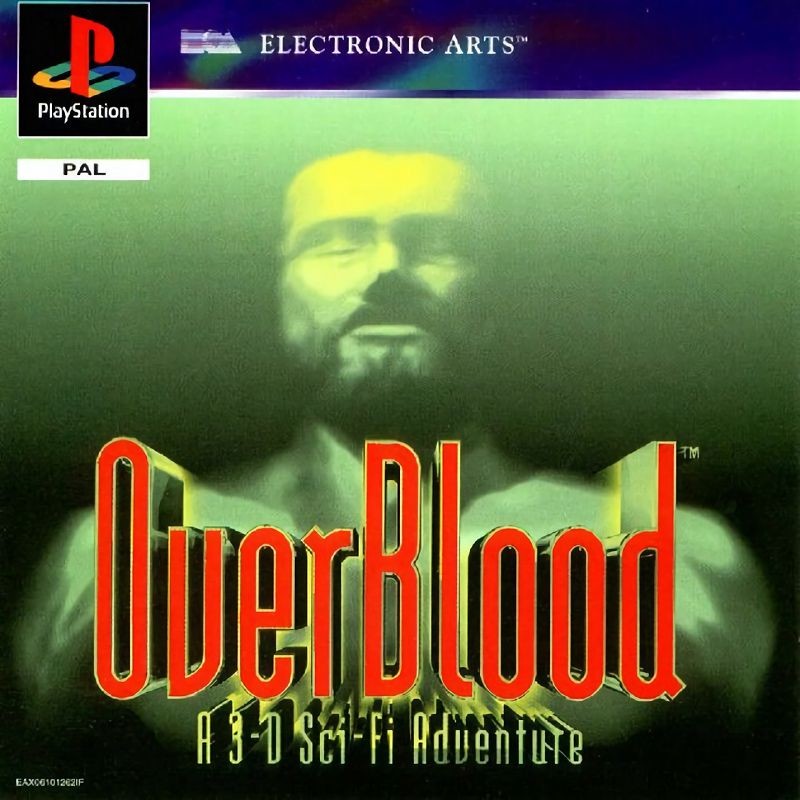 A team of scientists have been conducting controversial genetic experiments at the Lystra Laboratories research center. Due to a system malfunction, one of the test subjects, a man named Raz Karcy, is released from a cryogenic container. Infected by a terrible disease, Raz must do everything it takes to find a cure. In order to do that, he will have to discover the truth behind the scientists' plans, the nature of their project, and his own past.

OverBlood is a predominantly survival horror game, focusing on exploration of indoor environments, puzzle-solving, and combat. Unlike the similarly styled Resident Evil, the game utilizes fully 3D backgrounds, and allows the player to toggle between third- and first-person view. The player controls Raz for the majority of the game; sometimes it is possible to play as another character, e.g. control a small robot named Pipo to perform special tasks. A few sequences are reminiscent of arcade-style "interactive movie" games, requiring the player to press buttons rapidly at the correct moment.