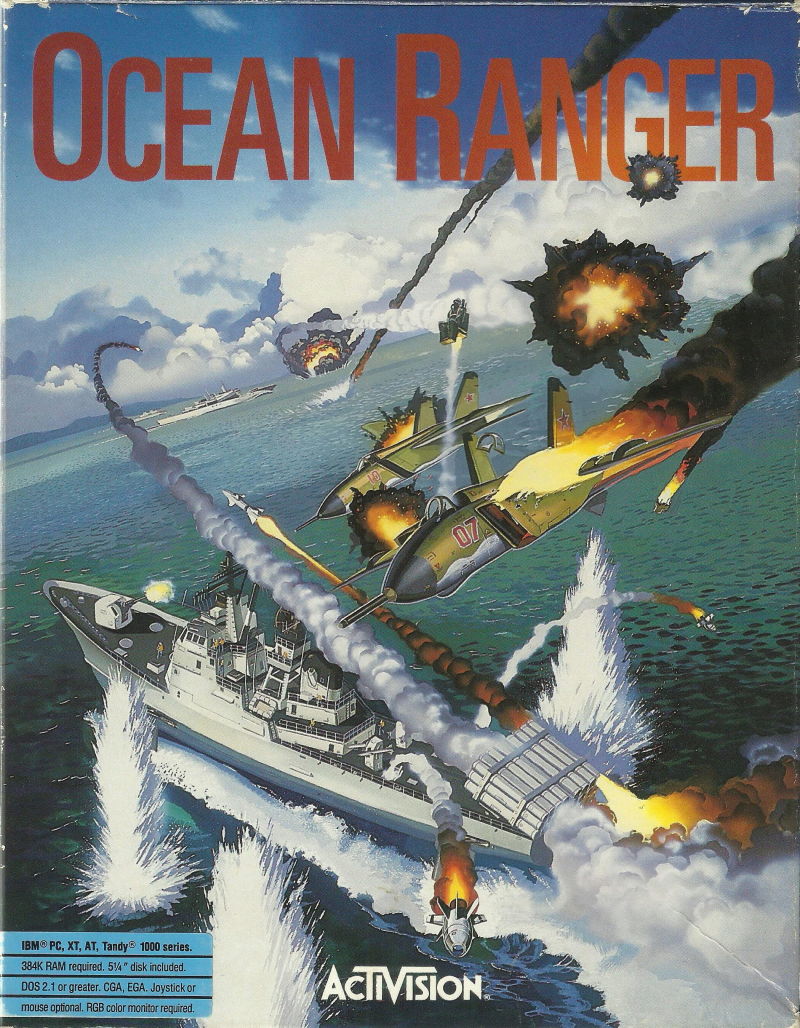 By RomStation : January 3, 2020
A naval simulation game. The Ocean Ranger is the first of a new class of frigate sized foilborne missile ships. You are able to track and destroy targets on the sea surface, beneath the sea, and in the air. Missions occur in one of four locations (from easiest to most difficult), the Bering Sea, Southeast Asia, Central America, and the Persian Gulf. While in port you can choose to equip your ship with a variety of weapons, then take off to rid an area of hostile enemies. In battle the view is from the deck of the boat, allowing enemies to be targeted and destroyed.