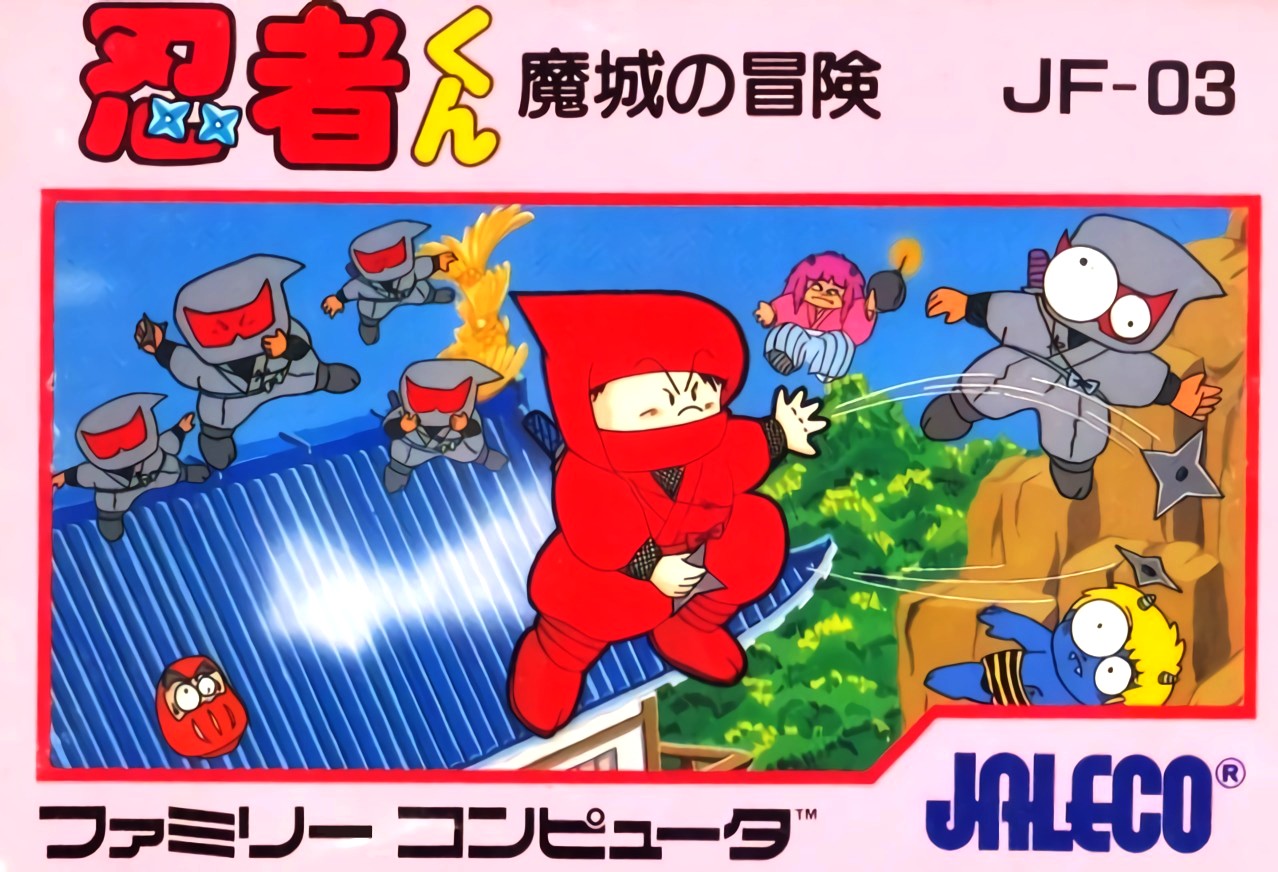 By TompouceGabriel : November 3, 2014
Players take control of a ninja whose goal is to defeat enemy ninjas and demons on his way to a final showdown at the Demon Castle.

The game is a vertical platformer where the player can jump up to higher platforms and fall down to lower platforms. The goal of each stage is to eliminate every enemy before the time limit runs out. Players can throw shurikens to defeat enemies. Defeated enemies leave behind scrolls which when collected increase the players score.