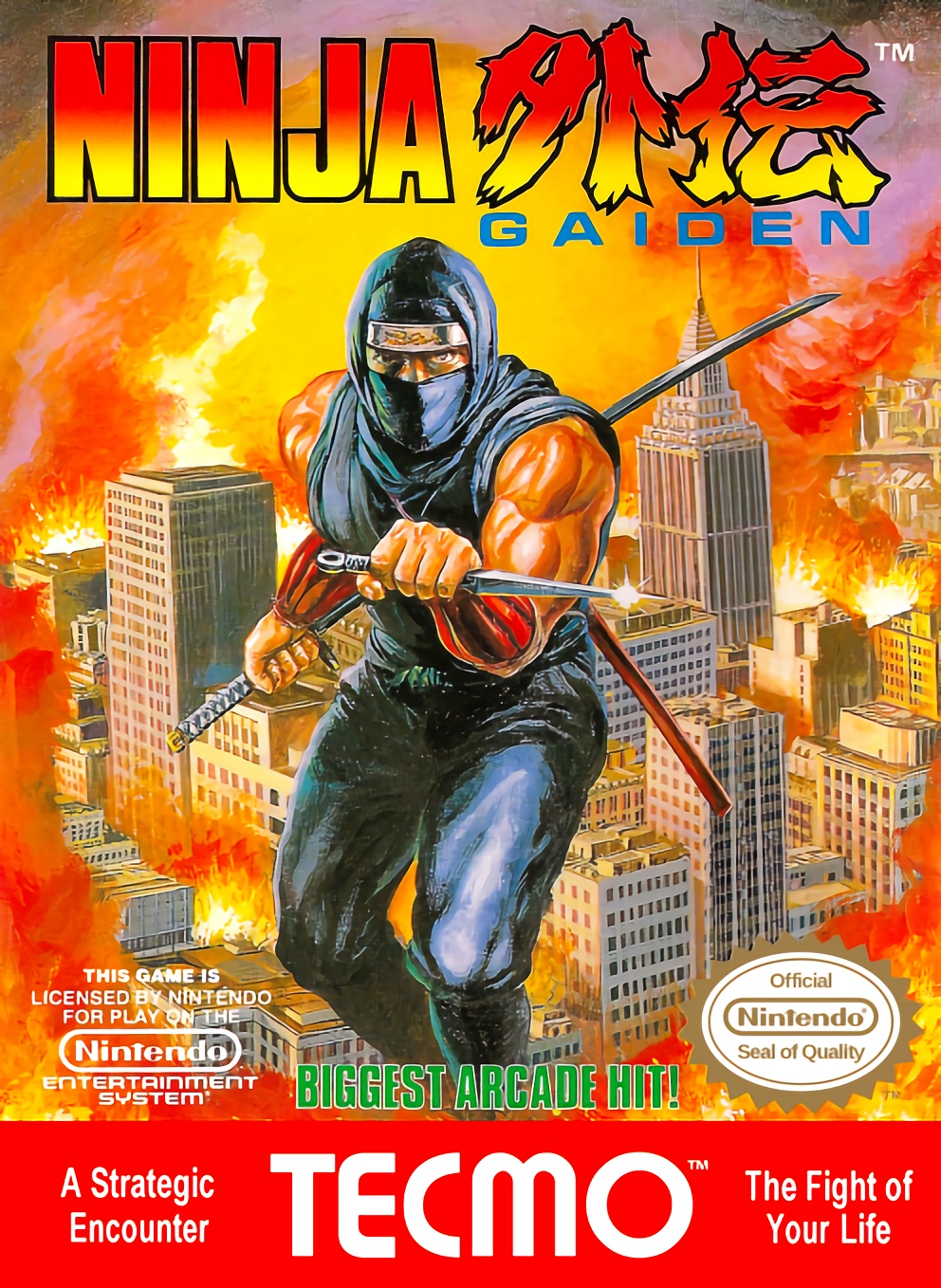 Ninja Gaiden begins with a cinematic animation in which two ninjas duel to the death and one goes down. It is then revealed that the doomed ninja is the father of Ryu Hayabusa. When Ryu learns of this, he embarks on a quest to find out who killed his father and why. This quest takes him to America to find an archaeologist with whom his father was working. From there, Ryu becomes embroiled in an evil, supernatural conspiracy involving a villain named Jaquio who has plans to use an ancient castle and some relics to unleash a terrifying evil upon the world.

Ninja Gaiden is a side scrolling game where Ryu the ninja can run, jump and slash with his ninja sword. He can also attach to any vertical surface. Power-ups that allow Ryu to toss fireballs and ninja stars as well as perform other feats are scattered throughout the landscape.