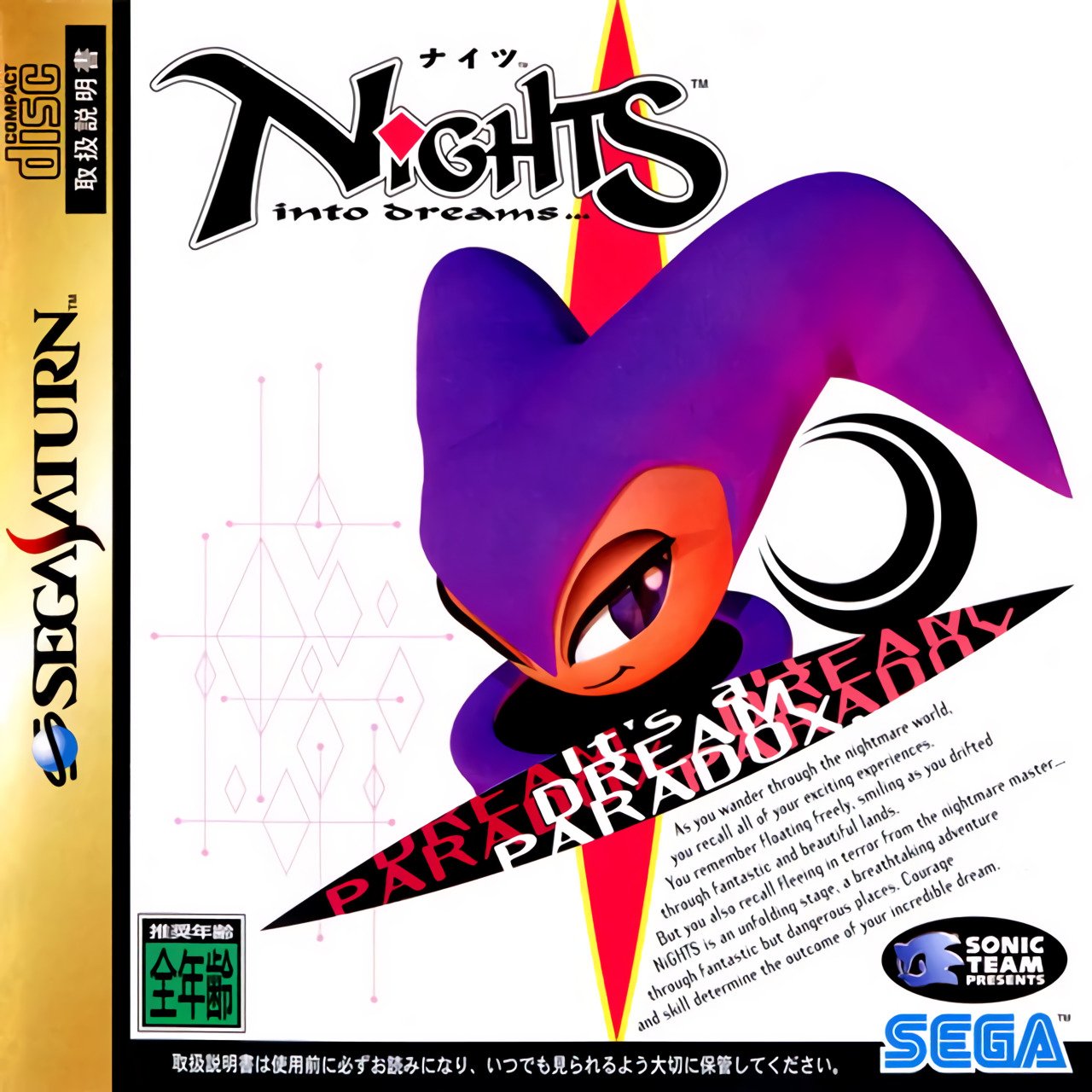 By Tanuki78 : November 21
It all started about two young kids. First there is this boy named Elliot Edwards who loves to play basketball, but then he was humiliated in front of his friends by a group of older kids who wants to play in a "friendly" game. Then there is Claris Sinclair, she loves to sing, but when she step on the stage, she felt so nervous that she ran out to the exit like a coward.

NiGHTS was a first class Maren together with Reala. They were both created by Wizeman. As day pass by, NiGHTS notice how his master becoming so evil. So when he started to refuse on obeying his master's evil deeds, Wizeman punished him by locking him up into an Ideya Palaces.

Here you basically control Elliot, Claris and Nights. You start a level by choosing Elliot and Claris. Gameplay is similar to Sonic but unique in a way that it is best to use the special D-pad. As you fly through the levels you should pass through a certain number of loop rings to finish each level. You gain bonuses by dancing which can be easily achieved by using a D-pad.